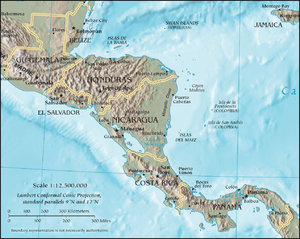 This is one of the most startlingly clear explanations of how government interference works. You know that I think Donald Boudreaux is one of the clearest-thinking economists alive today. His letter to the Winston-Salem Journal proves it:

Under Secretary of Commerce for International Trade Francisco Sanchez brags that the Obama administration’s closing of a “loophole” in the Central American Free Trade Agreement will save American jobs (“U.S. trade official says new law will save textile jobs in the state,” Oct. 10).

Closing this “loophole” effectively obliges garment makers in Central America and the Dominican Republic to use American-made thread – rather than less-costly thread from Asian producers – when producing the likes of jeans and t-shirts for sale in the U.S.

He then delightfully poses the following series of rhetorical questions:

Will Mr. Sanchez pose for pictures with poor families whose living standards fall because clothing is now made more costly?  Will the administration stage press events to highlight the jobs lost because American consumers, obliged to spend more on clothing, will have less to spend on restaurant meals, evenings at the movies, and other goods and services?  Will the President post photos on his website of Americans whose jobs are destroyed because foreigners will now have fewer dollars to spend and invest in the U.S.?  Will Mr. Obama boast that his re-election strategy includes a policy that, by dulling the creative forces of competition, diminishes America’s economic dynamism and, hence, reduces its economic growth?

Whenever – always, inevitably – government officials intend to cure an ill, it creates at least two and often many more unintended ills. Some of my readers suggest that, with the Obama administration’s avowed intent to destroy capitalism and replace it with fascism, those consequences are intended. Nevertheless, this is a clear picture of how those consequences work themselves out following this administration trying to impose its view of what is “right” and “correct” and “proper” and “just” onto the free market.

The free market responds in a very predictable manner: harming the very people this administration claims it wants to help.

Capitalism Donald Boudreaux Free Market Jobs Obama
This entry was posted on Thursday, October 18th, 2012 at 5:06 pm and is filed under Economics, Politics. You can follow any responses to this entry through the RSS 2.0 feed. Both comments and pings are currently closed.
Many of the articles on Light from the Right first appeared on either The New American or the McAlvany Intelligence Advisor.