Another Go at How Much We Owe

Have you ever wondered how much we as taxpayers actually owe because of commitments politicians have made on our behalf? Turns out, the answer is not as simple as you might think. 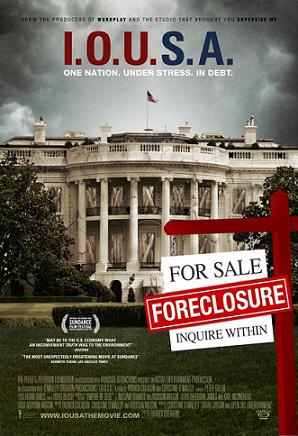 John C. Goodman has discovered how hard it is to make sense of the (often) nonsense parading as government statistics, especially concerning who owes how much to whom:

The place to start is with a report put out annually by the U.S. Treasury. There I learned that the federal government officially recognizes an outstanding debt of $17.5 trillion.

Ah, but that’s just the starting point, as bad as it is:

What about Social Security? It’s not on the list. What about Medicare? It’s not there either.

On further investigation, I found out why. “Social Security promises are part of current law and can be changed by Congress at any time,” I was told. Ditto for Medicare. And disability insurance. And survivors insurance. Etc. Etc. That’s a bureaucratic way of saying, “We can break those promises any time we want to.”

So there’s the accounting fiction. Thanks Mr. Goodman for ferreting it out for us. Because the promise can be broken at any time, it really isn’t a promise, and therefore we won’t count it.

But, as Mr. Goodman points out, the promises that taxpayers have made to government servants arecounted:

What a sweet deal!

Anyway, after sifting through all the baloney and persiflage (I love that word!), Goodman still gets it wrong. He thinks taxpayers owe about $84 trillion if we count everything.

Department of the Treasury Federal Government Medicare National Debt Pension Retirement Social Security Taxes
This entry was posted on Sunday, October 14th, 2012 at 1:16 pm and is filed under Economics. You can follow any responses to this entry through the RSS 2.0 feed. Both comments and pings are currently closed.
Many of the articles on Light from the Right first appeared on either The New American or the McAlvany Intelligence Advisor.