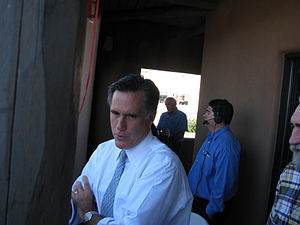 The Bureau of Labor Statistics (BLS) issued its latest jobs report on October 5 and confounded nearly everyone. The first part of the report, based on their survey of households, showed a surprising — even astonishing — rise of total employment in September approaching a million jobs (873,000, to be exact). But in the same breath the report noted that, based on their survey of businesses, only 114,000 new jobs were added, about in line with most economists’ expectations.

When taken together, the BLS said that the unemployment rate dropped by three-tenths of a percent, from 8.1 percent to 7.8 percent.

This delighted Obama supporters who were still reeling from the beating their candidate received in the debate October 3 from Mitt Romney, who repeatedly used poor economic data, including continuing high unemployment numbers, to attack their candidate’s credibility.

Rex Nutting, writing for the usually neutral MarketWatch blog, said that the jobs report is the one “Obama has been waiting for” while costing Romney “one of [his] most salient talking points against President Obama.” He added:

The decline in the unemployment rate in September came for all the right reasons: Employment rose, unemployment fell, and the labor force increased. The employment-population ratio (the percentage of adults with a job) rose from 58.3% to 58.7%. The last time it was higher was in September 2009.…

In the household survey … employment rose by an incredible 873,000 in September, while unemployment fell by 456,000. The labor force increased by 206,000, so the decline in the unemployment rate wasn’t due to people just becoming too discouraged to look for a job.

Mark Zandi, founder of Moody’s Analytics, which has close ties to the Obama administration, exulted: “This is a really big report. This is a big report.” But then Zandi redeemed himself somewhat with the caveat that the household survey is highly volatile from month to month, and that half of the 873,000 jobs came from part-time workers anyway.

What seems to have occurred with the September household survey is [that] one time in a hundred. The last time the household survey showed such a huge jump in employment was in 1983 during the Reagan-era economic boom. Today’s economy does not look much like the Reagan boom.

The BLS report concentrated on private employment. But employment of government workers has been doing very nicely, thank you, with the unemployment rate for them dropping dramatically from 5.7 percent in July to 5.1 percent in August to an astonishing 4.3 percent in September. It seems that the Obama administration has added 10,000 civilian workers to its payroll just in the last three months, while state governments have added another 17,000 over the same period.

The BLS report also hides the damage done during the Great Recession to the building trades. This was the primary area where the economic stimulus package signed into law by President Obama in February, 2009 was supposed to do the most good, with the president promising that it would create 400,000 new construction jobs:

Because of this investment, nearly 400,000 men and women will go to work rebuilding our crumbling roads and bridges, repairing our faulty dams and levees, bringing critical broadband connections to businesses and homes in nearly every community in America, upgrading mass transit, building high-speed rail lines that will improve travel and commerce throughout our nation.

As Terence Jeffrey, writing for CNSNews, pointed out, it just hasn’t happened:

Lending credence to doubts about the household survey numbers was the report from the Census Bureau last week that new durable goods orders fell a breathtaking 13 percent, led by declines in orders for new aircraft. On top of that, Salim Furth of the Heritage Foundation just issued a special report, “Why the Slow Economic Recovery?” in which he blames “new regulations and business requirements in health insurance, small-business finance, environment, energy, and tax compliance, not to mention the ever-expanding state licensure boards” for the lack of new hiring by new start-up businesses where most new hiring takes place.

In fact, because of these increasingly onerous restrictions and limitations, some 2 million jobs which would normally have been created in the last two years never came into existence. He added: “With normal start-up hiring, growth in the employment rate would have been three times as high as it was.”

It appears likely that the household survey numbers in Friday’s report from the BLS are an aberration, to be noted and corrected next month, just in time for the election. It’s too bad, too, because no one wants the economy to falter. It’s in everyone’s best interests to have it grow and thrive and prosper, even if it would mean reelecting the one man most responsible for its current lackluster growth.

2012 Elections BLS Census Economy Great Recession Jobs Mitt Romney Obama Recession Regulations Statistics Unemployment
This entry was posted on Thursday, October 11th, 2012 at 6:08 am and is filed under Economics, Politics. You can follow any responses to this entry through the RSS 2.0 feed. Both comments and pings are currently closed.
Many of the articles on Light from the Right first appeared on either The New American or the McAlvany Intelligence Advisor.