You Can’t Trust the Polls

Democrats would like to believe Quinnipiac (used by the New York Times and CBS) or Marist (used by the Wall Street Journal and NBC) that Obama has surged to a lead in Ohio and other key battleground states.

They’d also like to believe that Gallup’s finding that the president has a six-point lead among registered voters means a six point win in five weeks. 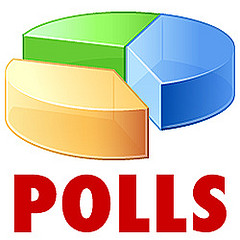 I’ve had my suspicions about these pollsters for a long time. I’ve noticed the disparity among and between them and have wondered if there’s an agenda behind the differences, or if it’s just laziness on the part of the journalists doing the reporting.

I think it’s both. Journalists in general are lazy, or they have a deadline bearing down on them. And when they find a data point that agrees with their world view, then that passes for truth.

Hewitt on the other hand spent a lot of time interviewing the top people at Quinnipiac and Marist polls as well as with the National Journal’s Director of Polling Reporting, and he has learned some things that put their predictions into question:

There are plenty of data points to encourage Republicans, and these are genuine data points as opposed to the junk food offered up by Quinnipiac and Marist, which derived their predictions from samples that included enormous Democratic voter margins in key states, pro-Democratic turnout margins that were even greater than those achieved in Obama’s blowout year of 2008…

Two data points that warm GOP hearts and undermine the junk polls: (1) Absentee requests in Ohio by Democrats are trailing their 2008 totals –often by a lot in key Democratic counties like Cuyahoga County; and (2) overall voter registration for Democrats in the Buckeye State is down dramatically from 2008.

Over the next few weeks, the junk polls will start tweaking their samples and dancing around that fact in order to come closer to reality.

Too late. The sample controversy has penetrated into the public’s mind, and Quinnipiac and Marist are marked as either rubes or rogues unless the huge democratic turnout advantage materializes on November 6.

So it’s still a horse race.

2012 Elections Democrat Mitt Romney Obama Polls Republican Wall Street
This entry was posted on Wednesday, October 10th, 2012 at 3:00 pm and is filed under Politics. You can follow any responses to this entry through the RSS 2.0 feed. Both comments and pings are currently closed.
Many of the articles on Light from the Right first appeared on either The New American or the McAlvany Intelligence Advisor.