The Passing of Arthur Ochs Sulzberger, former Publisher of the NYT 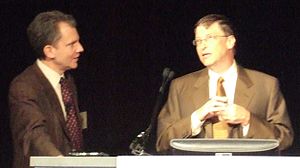 The passing of the former publisher of The New York Times, Arthur Ochs “Punch” Sulzberger, at age 86 on September 29 was noted by editors and publishers in the mainstream media in the most favorable terms. Associated Press President Gary Pruitt claimed that “Punch Sulzberger was a giant in the industry, a leader who fought to preserve the vital role of a free press in society and championed journalism executed at the highest level,” while his son, the Times’ current publisher gushed:

Punch, the old Marine captain who never backed down from a fight, was an absolutely fierce defender of the freedom of the press. His inspired leadership in landmark cases such as New York Times v. Sullivan and the Pentagon Papers helped to expand access to critical information and to prevent government censorship and intimidation.

Michelle and I were saddened today to hear about the passing of Arthur Sulzberger. Over the course of more than 30 years, Arthur helped transform the New York Times and secure its status as one of the most successful and respected newspapers in the world.

He was a firm believer in the importance of a free and independent press — one that isn’t afraid to seek the truth, hold those in power accountable, and tell the stories that need to be told. Arthur’s legacy lives on in the newspaper he loved and the journalists he inspired.

Arthur Ochs Sulzberger assumed the role of publisher in 1963 when the Times had a weekly circulation of 714,000 and $100 million in annual revenues. By 1992 its circulation had increased to 1,100,000 and its revenues (adjusted for inflation) had increased fourfold.

At present, the Times is suffering both financially and credibly. Its stock price has dropped from $55 a share in early 2000 to under $10 currently, while a key operational statistic, Return on Equity, is an astonishing minus 23 percent, reflecting the simple fact that the company is eating into its capital at an unsustainable pace just to stay afloat. None of that was mentioned in any of the eulogies of Sulzberger, however.

The paper, which was founded in 1851, noted its purpose at the time:

We shall be Conservative, in all cases where we think Conservatism essential to the public good — and we shall be Radical in everything which may seem to us to require radical treatment and radical reform.

We do not believe that everything in Society is either exactly right or exactly wrong — what is good we desire to preserve and improve — what is evil, to exterminate, or reform.

True to form over its 161-year history, the Times has managed to leave its imprint on the pages of history, particularly in its success in winning the Supreme Court case, New York Times Co. v. Sullivan and its apparent victory in the Pentagon Papers controversy.

The Sullivan case caused the Supreme Court to create, for the first time, the “actual malice” standard, which requires that a plaintiff who feels he is injured through false statements published by a paper prove that the publisher knew the statement was false, or acted in reckless disregard of its truth or falsity. The difficulty in proving intention has raised such an impossibly high standard that “freedom of the press” now borders on unlimited license to publish.

The Pentagon Papers controversy resulted in protecting the Times and its publisher from attempts by President Nixon to “get the SOB [Sulzberger put] in jail” by publishing damning accounts of the government expanding its role in the Vietnam War at the same time then-President Johnson was promising not to. The best net result of the Pentagon Papers incident, however, was the happy increase in the government’s credibility gap which continues to this day.

For all the praise lavished by members of the mainstream media on Sulzberger, they failed to note that Sulzberger didn’t see the impact the alternative media would have on his empire once he retired from its active management. Vinod Khosla, a founder of Sun Microsystems, told Vanity Fair:

The media people essentially did not think the Internet would be important or disruptive. In 1996, I got together the CEOs of nine of the 10 major newspaper companies in America in a single room to propose something called the New Century Network. It was the CEOs of The Washington Post and The New York Times and Gannett and Times Mirror and Tribune and I forget who else.

They couldn’t convince themselves that a Google, a Yahoo, or an eBay would be important, or that eBay could ever replace classified advertising.

For the record, Journalism’s website Poynter.org noted that classified print advertising decreased from almost $20 billion annually in 2000 to under $6 billion in 2009, and it continues to decline to this day.

When Sulzberger turned control of the company to his son in 1997, he continued to be blind to the handwriting on the wall:

I think that paper and ink are here to stay for the kind of newspapers we print. There’s no shortage of news in this world. If you want news, you can go to cyberspace and grab out all this junk. But I don’t think most people are competent to become editors, or have the time or the interest. (emphasis added)

For all its investment in the new media since then, its audience increasingly isn’t interested in the Times’ judgment.  A survey by Rasmussen Reports notes that an increasing number of those “incompetents” have discovered the Times’ liberal bias. Noted Rasmussen:

Among the print publications in the survey, the New York Times is perceived as being furthest to the left. Forty percent (40%) of Americans believe the Times have a bias in favor of liberals. Just 11% believe it has a conservative bias while 20% believe it reports news without bias.

The Times is fighting a battle it cannot win. As Anthony Wile of The Daily Bell notes

[The] mainstream media has lost considerable credibility as people have read analyses on the Internet and begun to realize that much of what mainstream media provides in terms of information is ultimately internationalist-biased and often consisting of half-truths.

As a result, even major “respected” organs of the mainstream, especially in the US, have come on hard times. Newsweek, the New York Times and BusinessWeek, to name just three high-profile media properties, have suffered terribly. Newsweek was sold for a dollar, BusinessWeek for not much more apparently, and the New York Times had to receive an emergency loan to stay afloat.

It’s true. In January, 2009, Carlos Slim, allegedly the world’s richest individual, was prevailed upon to loan $250 million to the company “to help [it] finance its businesses.” Carlos now owns nearly 10 percent of the company in return for his help.

Conservative Freedom Internet Liberal Mainstream Media Media Bias Rasmussen Supreme Court Technology War
This entry was posted on Sunday, October 7th, 2012 at 5:14 pm and is filed under History, Politics. You can follow any responses to this entry through the RSS 2.0 feed. Both comments and pings are currently closed.
Many of the articles on Light from the Right first appeared on either The New American or the McAlvany Intelligence Advisor.