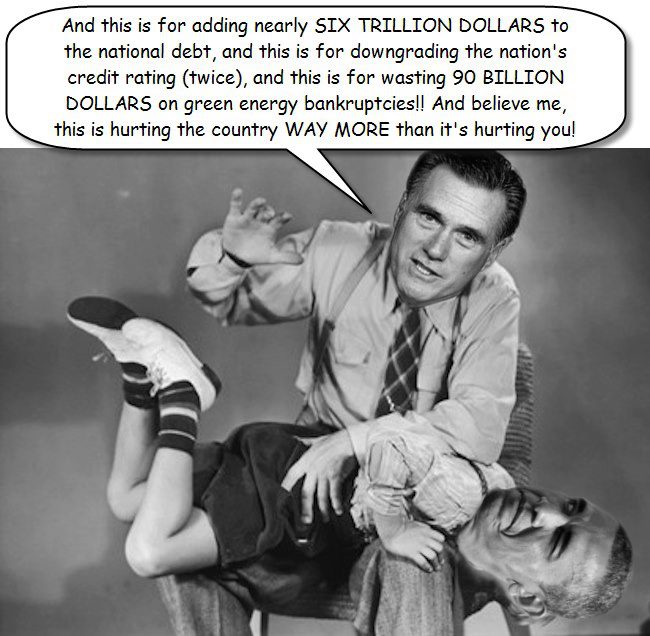 Conservative pundits with little understanding that whoever wins the election, the electorate loses, had a field day yesterday, chortling that their candidate romped over the incumbent at the Denver debate. One such was Pat Buchanan, who could scarcely contain himself:

Mitt Romney on Wednesday night turned in the finest debate performance of any candidate of either party in the 52 years since Richard Nixon faced John F. Kennedy, with the possible exception of Ronald Reagan’s demolition of Jimmy Carter in 1980.

But Buchanan expressed what a lot of other commentators were saying:

Obama was mauled, with facts, figures, anecdotes, arguments, jokes, quips. A smiling Romney was on offense all night. And the president’s performance seems inexplicable.

The verdict on the Denver encounter – that Romney turned in the performance of his life and one of the most impressive in the history of presidential debates, and that the president underperformed, was outclassed and lost badly – was virtually unanimous.

Buchanan claims that the debate has reset the entire race – “it’s a whole new ballgame!” Prior to the debate, polls appeared to show Obama pulling away from Romney, especially in key swing states (including Colorado). Articles began popping up explaining the false assumptions being made by the polls that didn’t agree with their mindsets. Even Rasmussen, the closest to being accurate, showed Obama pulling away.

Nevertheless, Buchanan thinks next week’s polls will show a nice bump for Romney:

The first sign of how great a recovery Mitt made will come next week in the head-to-head polls, when the nation has absorbed the news that Obama not only got waxed, he came off as man exhausted, weary with the duties of office, who lacks the fire and energy to lead us out of the economic doldrums in which this country finds itself.

And there’s the establishment’s mantra: Romney is The Man To Do the Job! Yes!

2012 Elections Council on Foreign Relations Energy Establishment Foreign Policy Jimmy Carter John F. Kennedy Mitt Romney Obama Polls Rasmussen Richard Nixon Ronald Reagan
This entry was posted on Sunday, October 7th, 2012 at 4:05 pm and is filed under Politics. You can follow any responses to this entry through the RSS 2.0 feed. Both comments and pings are currently closed.
Many of the articles on Light from the Right first appeared on either The New American or the McAlvany Intelligence Advisor.