I’m Not Voting for Obama, Either

Conor Friedersdorf – Why I Refuse to Vote for Barack Obama

I don’t see how anyone who confronts Obama’s record with clear eyes can enthusiastically support him. I do understand how they might concluded that he is the lesser of two evils, and back him reluctantly, but I’d have thought more people on the left would regard a sustained assault on civil liberties and the ongoing, needless killing of innocent kids as deal-breakers. 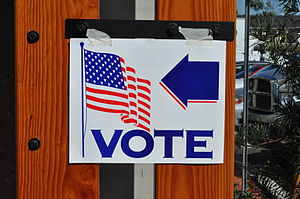 Conor Friedersdorf is an odd duck. He has written for the certifiably liberal Atlantic magazine since 2009, and yet, according to Wikipedia,

In an interview with journalist Matt Lewis, Friedersdorf stated that he has right-leaning views but that he does not consider himself to be a doctrinal conservative or a member of the conservative movement.

Which must drive his readers crazy. He doesn’t fit into the liberal box. But his refusal to go along with his liberal readers and vote blindly for Obama is worth exploring a little bit. He doesn’t like Obama for many of the same reasons that I don’t:

Some actions are so ruinous to human rights, so destructive of the Constitution, and so contrary to basic morals that they are disqualifying…

What I am saying is that Obama has done things that…go far beyond my moral comfort zone. Everyone must define their own deal-breakers. Doing so is no easy task in this broken world. But this year isn’t a close call for me…

And then Friedersdorf does the unthinkable: he lists the reasons why:

Those are three pretty good reasons. I could come up with several more, but these three are a good start.

Friedersdorf is planning on voting for Gary Johnson.

2012 Elections Conservative Democrat George W. Bush Liberal Libya Mitt Romney Obama War
This entry was posted on Tuesday, October 2nd, 2012 at 9:17 am and is filed under Constitution, Politics. You can follow any responses to this entry through the RSS 2.0 feed. Both comments and pings are currently closed.
Many of the articles on Light from the Right first appeared on either The New American or the McAlvany Intelligence Advisor.