Special Treatments for Unions Have the Usual Consequences

Patterson and Brown – Unions stack the deck against job creation 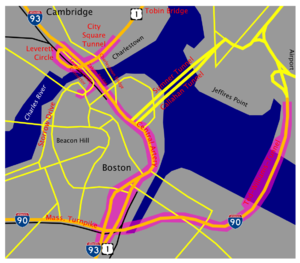 Matt Patterson is much too kind. This statement, like so many issued by politicians, is just half a truth. And as Alfred Lord Tennyson said, “Half a truth is ever the blackest of lies.”

The other half is that, as Patterson points out, unions get an unfair advantage in the bidding to build the new casino because it will fall under a PLA – a project labor agreement:

PLAs stipulate that contracts for public construction are offered exclusively to unionized firms.

Since just 11 percent of workers in Maryland belong to a union, this PLA neatly excludes 89 percent from being able to bid for the work. How sweet that is!

And the end result? Lack of incentive to do a good job:

By artificially limiting the effective labor pool available for construction projects, PLAs dampen the market competition that selects for efficiency and quality: If unions are guaranteed plum construction jobs, what incentive do they have to bring the job in at a reasonable cost and at high quality? The frequent result of PLAs, sadly, is inflated prices and shoddy work.

One of the most outrageous examples of union “featherbedding” is The Big Dig in Boston.

The Big Dig was the most expensive highway project in the U.S. and was plagued by escalating costs, scheduling overruns, leaks, design flaws, charges of poor execution and use of substandard materials, criminal arrests and even four deaths.

The project was scheduled to be completed in 1998 at an estimated cost of $2.8 billion…The project was not completed, however, until December 2007, at a cost of over $14.6 billion…

The Boston Globe estimated that the project will ultimately cost $22 billion, including interest, and that it will not be paid off until 2038.

But the unions made out just fine, thank you.

Unions
This entry was posted on Sunday, September 30th, 2012 at 3:17 pm and is filed under Economics. You can follow any responses to this entry through the RSS 2.0 feed. Both comments and pings are currently closed.
Many of the articles on Light from the Right first appeared on either The New American or the McAlvany Intelligence Advisor.