WSJ: Magnitude of the Mess We’re In

Did you know that annual spending by the federal government now exceeds the 2007 level by about $1 trillion? With a slow economy, revenues are little changed. The result is an unprecedented string of federal budget deficits, $1.4 trillion in 2009, $1.3 trillion in 2010, $1.3 trillion in 2011, and another $1.2 trillion on the way this year. 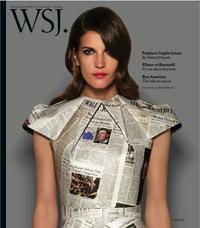 I’m astonished! Not at these facts about which I and others have been writing for years. But at who is repeating them, and where!

Who are these guys? Each is a highly-credentialed member of the Ruling Class in America. Shultz? Treasury Secretary from 1972-74. Secretary of State from 1982-89.  Boskin? Chairman of the Council of Economic Advisors under the Elder Bush. Meltzer? Served on the Council of Economic Advisors under Kennedy and Reagan. Taylor? Served as Undersecretary of the Treasury under Younger Bush. Cogan? Law Professor at Harvard.

Where did they write? The Wall Street Journal, the “conservative” mouthpiece for the Republican establishment.

What did they say? The truth!

Did you know that, during the last fiscal year, around three-quarters of the deficit was financed by the Federal Reserve?

Did you know that the Federal Reserve is now giving money to banks, effectively circumventing the appropriations process?

The Consumer Financial Protection Bureau is also being financed by the Federal Reserve rather than by appropriations, severing the checks and balances needed for good government…

Of course, this establishment quintet gets a few things wrong. For example,

The unfunded long-run liabilities of Social Security, Medicare and Medicaid add tens of trillions of dollars to the debt…

Correction: make that hundreds of trillions – $222 trillion to be exact (HT: Laurence Kotlikoff).

But I am amazed that this gaggle of establishment Republicans got so much right, and put it on view in such a conspicuous place. Go figure.

Council of Economic Advisors Deficit Establishment Federal Government Federal Reserve Medicaid Medicare Republican Spending Wall Street
This entry was posted on Saturday, September 29th, 2012 at 9:18 am and is filed under Economics, Politics. You can follow any responses to this entry through the RSS 2.0 feed. Both comments and pings are currently closed.
Many of the articles on Light from the Right first appeared on either The New American or the McAlvany Intelligence Advisor.