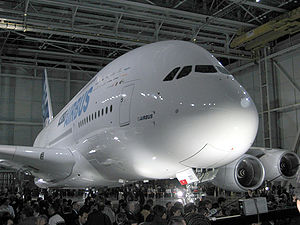 When the Senate unanimously passed SB 1956 early Saturday morning, September 22, Annie Petsonk of the Environmental Defense Fund (EDF) called it “rather extraordinary.” But she didn’t mean that as a good thing. It meant, instead, that the Senate wanted nothing to do with the European Union Emissions Trading Scheme (EUETS) that would have burdened U.S. airlines with $3 billion in additional costs over the next decade, attacking the country’s national sovereignty along the way.This would mean instead, according to Petsonk, if the House passed a similar measure that is pending there, that the EDF’s efforts to implement worldwide regulation of airlines’ emissions would have to be directed through an international UN-sanctioned group instead. In other words, the Senate bill was just a speed bump on the way to European Union control of all airlines.The bill, co-sponsored by members from both sides of the aisle including Marco Rubio (R-Fla.) and Claire McCaskill (D-Mo.), is simple:

[It] directs the Secretary of Transportation to prohibit an operator of U.S. civil aircraft from participating in any emissions trading scheme unilaterally established by the European Union if the Secretary determines such provision to be in the public interest.

[It also] directs the Secretary … and other U.S. government officials to … ensure that operators of U.S. civil aircraft are held harmless from any such scheme.

Petronk’s unhappiness stems from a worldview that airline emissions cause global warming — climate change — and that something must be done about it, even if national sovereignty issues must be ignored or overridden. But the issue of climate change — and the airlines’ role in causing it — is far from settled despite attempts by believers to marginalize skeptics by calling them “climate change deniers.”

One “denier” with impeccable credentials and a belief that much of what passes for climate “science” today is “opinion, arguments from authority, dramatic press releases, and fuzzy notions of consensus generated by a preselected group,” is John Christy. A climate scientist at the University of Alabama in Huntsville, Christy has developed a system of measuring temperature changes through the use of satellites, collecting data from around the world over the past several decades. He presented written testimony to the U.S. House Ways and Means Committee in 2009, concluding from his analysis, that

actions being considered to “stop global warming” will have an imperceptible impact on whatever the climate will do, while making energy more expensive, and thus have a negative impact on the economy as a whole.

We have found that climate models and popular surface temperature data sets overstate the changes in the real atmosphere and that actual changes are not alarming.

In his work, Christy measured daily temperature readings from 970 weather stations (as long as those stations had at least 80 years of records) and discovered that evidence for global warming was conspicuously absent. In fact, Christy concluded “that extreme high temperatures are not increasing in frequency, but actually appear to be decreasing.”

But this doesn’t appear to faze the European Parliament and Council who published the “directive” that guides the EDF and others in their attempt to extend extra-legal controls over airlines, all in the name of “climate change.” That directive genuflected at the altar of global warming:

This Directive also provides for the reductions of greenhouse gas emissions to be increased so as to contribute to the levels of reductions that are considered scientifically necessary to avoid dangerous climate change.

If adopted, of course, one could drive an 18-wheeler through that language allowing the unelected committee behind the Directive to commit all sorts of mischief internationally, all in the name of climate change.

Thankfully, the Congress of the United States saw this coming back in the 1970s when it passed two “anti-boycott” laws that would fend off imposition of such madness onto the country. The objectives were straightforward:

The anti-boycott laws were adopted to encourage, and in specified cases, require U.S. firms to refuse to participate in foreign boycotts that the United States does not sanction. They have the effect of preventing U.S. firms from being used to implement foreign policies of other nations which run counter to U.S. policy.

In her testimony before the Senate Committee on Commerce, Sciences and Transportation in June, Nancy Young, vice president for environmental affairs for the airlines’ trade group Airlines for America (A4A), was clear about what was at stake if this Directive was allowed to be applied to U.S. airlines:

It is about the implications of the EU jurisdictional grab over worldwide aviation. Simply put, if the EU can tax the emissions over the entirety of a flight merely because it touches down in Europe, despite U.S. sovereignty and international agreements, what is to keep the EU from imposing greenhouse gas (GHG) import taxes on U.S. automobiles, pharmaceuticals, chemicals, and other goods the EU imports from the United States…?

By its terms, the EU ETS applies to airlines that fly to, from and within the EU, placing a cap on the total quantity of emissions for such flights…

Beginning on January 1, 2012, that legislation imposed on our airlines an obligation to acquire allowances to cover the emissions over the whole of these flights. That includes emissions while at the gate or taxiing on the ground at U.S. airports, in U.S. airspace, over Canada or other non-EU countries, over the high seas, as well as within the airspace of EU Member States…

What is at issue here is nothing less than national sovereignty.

The House is expected to pass a similar measure when it reconvenes after the election. At the moment, the Obama administration, surprisingly, supports the measure, and its advocates hope that the president will sign it into law promptly.

Economy Energy European Union Global Warming Marco Rubio Obama Senate Sovereignty Taxes
This entry was posted on Friday, September 28th, 2012 at 6:07 am and is filed under Constitution, Economics, Foreign Policy. You can follow any responses to this entry through the RSS 2.0 feed. Both comments and pings are currently closed.
Many of the articles on Light from the Right first appeared on either The New American or the McAlvany Intelligence Advisor.