When the Fed Expands, Businesses Die

Mises Daily – Why QE3 Will Fail

What happens when banks print new money…and lend it to business? The new money pours forth on the loan market and lowers the loan rate of interest.

Soon the new money percolates downward from the business borrowers to the factors of production: in wages, rents, interest…

Capital goods industries will find that their investments have been in error: that what they thought profitable really fails for lack of demand by their entrepreneurial customers…the malinvestment must be liquidated. 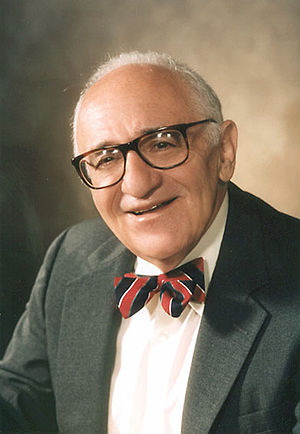 Murray Rothbard wrote these words back in 1963 in his landmark study, America’s Great Depression. And he’s just as accurate and perceptive and incisive today as he was back then: when the Fed expands the money supply, it winds up destroying capital, which slows the economy and increases unemployment! These are counter-intuitive and against all that the Fed has been feeding us: “We must stimulate the economy by lowering interest rates!”

Actually, no. Gary North points out that the Fed’s attempts to lower interest rates have little effect on short term rates, at least at the moment. Interest rates are low because no one is borrowing and the banks aren’t lending. Everyone is in the “wait and see” mode.

But in the long run, Rothbard nails it: The Fed destroys capital and consequently increases unemployment. Here he is:

Unemployment will be aggravated by the numerous bankruptcies, and the large errors revealed…

Economy Federal Reserve Gary North Inflation Interest Rates Quantitative Easing
This entry was posted on Sunday, September 23rd, 2012 at 7:59 am and is filed under Economics. You can follow any responses to this entry through the RSS 2.0 feed. Both comments and pings are currently closed.
Many of the articles on Light from the Right first appeared on either The New American or the McAlvany Intelligence Advisor.