Impact of QE3 is Doubtful

Even before [last week’s announcement by the Fed that it would initiate Quantitative Easing Strategy Number Three, or QE3], there was skepticism that it would do much to lower the unemployment rate, which has exceeded 8 percent for 43 months. The average response of 47 economists surveyed by The Wall Street Journal was that a similar program might cut the jobless rate 0.1 percentage point over a year. 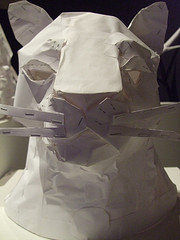 Oh, boy! One tenth of one percent! Over an entire year! That’s worth debauching the currency over, isn’t it?

Samuelson has captured the entire fraudulent Keynesian insanity in one pithy paragraph:

At a news conference, Fed Chairman Ben Bernanke explained what the Fed hopes will happen:

By buying mortgages, the Fed would push interest rates down. They’re already low (3.6 percent in August for a 30-year fixed-rate mortgage) and would fall further. Lower rates would stimulate more home buying and construction. Greater housing demand would raise home prices. Fewer homeowners would be “underwater” (homes worth less than mortgages). Banks would refinance more existing mortgages at lower rates because the collateral — the homes — would be worth more.

Feeling wealthier, homeowners would spend more and cause businesses to hire more.

This is the mantra of Keynesianism. It’s also provably false. But that doesn’t matter. Part of the mantra is: If something doesn’t work, do more of it. That proves that it’s insane.

Samuelson is a Keynesian, Harvard-trained, with years of writing for establishment outlets like Newsweek and the Washington Post. So he isn’t allowed, by training, education or experience, to stray too far off the reservation. But he comes close to heresy here:

Explanations [as to why these Keynesian strategies aren’t working] abound. One is that the stimulus programs were still too timid…

To these might be added a perverse possibility: the stimulus programs themselves. Intended to inspire optimism by demonstrating government’s commitment to recovery, they could do the opposite. If consumers and companies interpret them as signaling that the economy is in worse shape than they thought, they might retrench even more…

Close, Mr. Samuelson, but no cigar! I think people have figured out that the Fed is a toothless, paper tiger, all bluster and no power. Or my favorite: All hat and no cattle.

As Samuelson said, “There is a desperate air to Bernanke’s latest move…the Fed is on the brink of moving beyond what it understands and can control.”

Ben Bernanke Currency Economy Education Establishment Federal Reserve Interest Rates Keynesian Quantitative Easing Recession Unemployment Wall Street
This entry was posted on Saturday, September 22nd, 2012 at 2:39 pm and is filed under Economics. You can follow any responses to this entry through the RSS 2.0 feed. Both comments and pings are currently closed.
Many of the articles on Light from the Right first appeared on either The New American or the McAlvany Intelligence Advisor.