Government “Investment” is a Sham and a Fraud

The overall rate of return to R&D [research and development] is very large….However, these returns apply only to privately financed R&D in industry. Returns to many forms of publicly financed R&D are near zero. 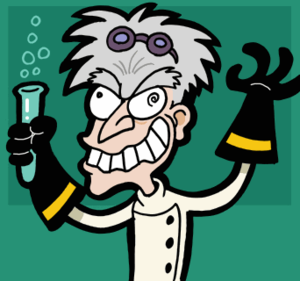 Thank you for that. Here is just one more example of government intervention that doesn’t pay for itself, and distorts the marketplace as well as the rhetoric of government “investment.”

It really doesn’t matter where the government “invests” taxpayer monies – the Chevy Volt, or research and development – the returns are nonexistent, and often horrifically costly. But the beat goes on: government must “invest” in R&D or “we’ll fall behind.”

Here’s the classic example of trying to keep up with other countries who are also failing. Quoting authors Cooper and Leshner who wrote in the Washington Post that “the United States may now risk falling behind in scientific discoveries as other countries increase their science funding,” Boudreaux reminds that the real advances in R&D take place with private funding, not government extractions of taxpayer funds and the arbitrary redirection of such funds into politically correct “investments.”

Cooper and Leshner review a number of “breakthroughs” that wouldn’t have happened without government financing, including, for example,  government funded research on jellyfish nervous systems which  “unexpectedly led to advances in cancer diagnosis and treatment, increased understanding of brain diseases such as Alzheimer’s, and improved detection of poisons in drinking water.”

Notice the phrase “unexpectedly.” In other words, lots of times nothing worthwhile comes out of these “investments.” When something positive happens, it is “unexpected.”

Or the Google search engine which came from another government “investment” into developing mathematical algorithms used to rank web pages. The authors fail to mention that it took huge private investments to turn that “breakthrough” into the massive success Google enjoys today. But that would get in the way of their thesis: government “investment” in R&D is unequivocally good.

But it really isn’t. Boudreaux quotes an economist from the Bureau of Labor Statistics:

The overall rate of return to R&D is very large….However, these returns apply only to privately financed R&D in industry.  Returns to many forms of publicly financed R&D are near zero.

Donald Boudreaux Politically Correct
This entry was posted on Wednesday, September 19th, 2012 at 9:06 am and is filed under Constitution, Economics, Politics. You can follow any responses to this entry through the RSS 2.0 feed. Both comments and pings are currently closed.
Many of the articles on Light from the Right first appeared on either The New American or the McAlvany Intelligence Advisor.