Gerald Molen – First They Ignored Us, Then They Called Us Names, Now We’re The #2 Political Documentary Of All Time; My Response To My Movie 2016 Being Labeled “Racist”

It deeply offends me to read reviews labeling me and my fellow filmmakers as racists or bigots or comparing us to Nazis. Their obvious hatred and bias seemingly overwhelms their ability to write a negative review without resorting to the lowest of degrading observations. 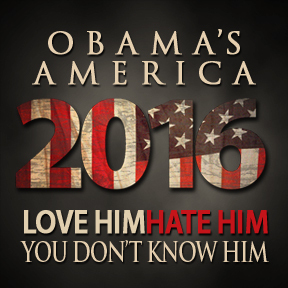 Molen is the producer of the film “2016 Obama’s America” which is making the rounds across the country, and is beginning to catch the attention of the left. Molen has produced five films with Steven Spielberg, including “Schindler’s List.” He is no lightweight or late-comer.

And yet he is offended, which indicates that he, even now, doesn’t understand the enemy bent on destroying the country. That enemy, and the mouthpieces and useful idiots enlisted in the cause, have no interest whatever in being “fair” or “objective” or “transparent.” Their goal is to besmirch the man, and thus his movie, so that the average Joe decides not to see it. And that’s the point.

I’m very familiar with this tactic. When I joined the John Birch Society back in 1967 I had to work my way past the attacks on the JBS which was accused of being filled with “racists,” “haters,” “Nazis” and “anti-Semites.”  The attackers, I soon found out, had no interest in the facts. One fact in particular stands out: the JBS had a Jew on its board of directors, and friendly relations with the Jewish community in general. But I found that iterating that provable fact meant nothing to the society’s detractors.

Molen refuses to admit to the obvious:

It raises the question “why are some on the left of the political spectrum so indoctrinated by their masters that they lose all sense of decency and/or intelligent reasoning?” This is such a loss for journalism.

John Birch Society National Socialism Obama The New American War
This entry was posted on Tuesday, September 18th, 2012 at 11:11 am and is filed under History, Politics, Reviews. You can follow any responses to this entry through the RSS 2.0 feed. Both comments and pings are currently closed.
Many of the articles on Light from the Right first appeared on either The New American or the McAlvany Intelligence Advisor.