Does Romney Needs to Imitate Reagan? 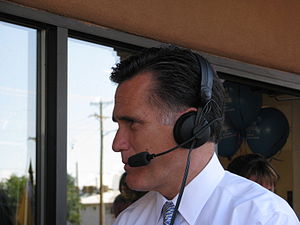 In general I like Larry Kudlow. He teamed up with Jim Cramer on “Cramer and Kudlow” a few years back and I appreciated his ability to dance with Cramer despite his obvious personal distaste for “the mouth.” He maintained his honor during that dismal program which happily ended quickly.

And Kudlow occasionally makes me laugh. Now that he has his own show he is freer to state his mind as long as he doesn’t stray too far from Fox News guidelines.

But this article plays into the “Romney is better than Obama” meme far too much for my comfort. He railed about Friday’s jobs numbers and got most of them right: fewer people are working or seeking employment or are only working part-time when they’d rather have full-time work.

What we need, according to Kudlow, is for Romney to talk more like Reagan. He quotes Reagan at the 1984 Republican convention:

Our tax policies are and will remain pro-work, pro-growth and pro-family. We intend to simplify the entire tax system … to bring the tax rates of every American further down, not up. … If we bring them down far enough, growth will continue strong, the underground economy will shrink, the world will beat a path to our door and no one will be able to hold America back — the future will be ours.

Ignoring for the moment that this was Reagan rhetoric at its finest, not matched by his performance (he raised taxes what…seven times? Or was it eleven? I forget), he wants Romney to do the same:

This Reagan model of free-enterprise tax reform is completely at odds with Obama’s tax-the-rich, government-driven, central-planning model. Polls show that the public knows this, even if the White House does not.

And that leaves a huge opportunity for Mitt Romney to explain and expand on his Reagan-like vision of low-tax reform, spending restraint and deregulation to free up the animal spirits of growth.

But Romney only devoted a couple hundred words to this in his convention speech. He must be more aggressive. He must connect his policies to the economic solutions America wants.

Romney is no Reagan. If he gets elected, we’ll find that out in short order.

2012 Elections Economy Jobs Mitt Romney Obama Polls Republican Ronald Reagan Spending Taxes
This entry was posted on Sunday, September 16th, 2012 at 11:43 am and is filed under Economics, Politics. You can follow any responses to this entry through the RSS 2.0 feed. Both comments and pings are currently closed.
Many of the articles on Light from the Right first appeared on either The New American or the McAlvany Intelligence Advisor.