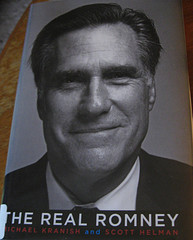 Republican presidential candidate Mitt Romney promised August 30 to create millions of jobs — 12 million of them, in fact — if he is elected president in November. He said:

What America needs is jobs. Lots of jobs.…

I am running for president to help create a better future … a future where everyone who wants a job can find a job.…

His five-point plan consists of attaining energy independence by the year 2020, strengthening the educational system, forging new trade agreements with foreign countries, cutting the deficit with the ultimate goal of balancing the budget, helping small businesses, and repealing ObamaCare. With the possible exception of “helping small businesses” — whatever that means — nothing in his plan addresses the issue of job creation.

The purpose of all economic activity is to produce as much value as possible with the scarce resources (including human effort) available.…

There will always be jobs to do far more than can ever be done. So creating jobs is not the problem. The problem is creating jobs in which people produce the most value.

Lee tells the apocryphal story of an engineer traveling in China who observed a large crew of men building a dam using just picks and shovels. When he asked why they weren’t allowed to use heavy earth-moving equipment which would have completed the project in just a few weeks rather than the months the project was taking, he was told that using that equipment would cost many of the men their jobs. The engineer responded, “Oh! I thought you were interested in building a dam. If it’s more jobs you want, why don’t you have your men use spoons instead of shovels?”

When Peter Schiff, a successful entrepreneur and president of Euro Pacific Capital, testified before the House Subcommittee on Government Reform last year, he outlined exactly what was needed to allow the economy to thrive, and in the process, exposed why Romney’s “five-point plan” is doomed from the start.

First, interest rates are much too low. Those low rates are punishing capital and preventing investors from accumulating it and being able to invest it profitably. Savers are being punished along with those retirees who were anticipating higher returns on their savings. Schiff said, “We need to move from a ‘borrow and spend’ economy to a ‘save and produce’ economy. This cannot be done with ultra-low interest rates.’

The prime enabler of low interest rates is the Federal Reserve. Ben Bernanke assured his audience on August 31 in Jackson Hole that he is determined to keep short-term interest rates low for an extended, indeterminate period of time in order to stimulate economic growth. The failure of such a move is obvious but misses the point: Nowhere in Romney’s plan is there any mention of the Fed’s complicity in destroying the capital incentive. Instead, he has promised to fire Bernanke.

Second, according to Schiff, massive cuts in government spending must be taken immediately, along with simplifying the tax code:

Our current tax system discourages the activities that we need most: hard work, production, savings, investment, and risk taking. Instead it incentivizes consumption and debt.…

High marginal income tax rates inflict major damage to job creation, as the tax is generally paid out of money that otherwise would have been used to finance capital investment and job creation.

Nowhere in Romney’s “five point plan” is there any mention of such an effort. Vice-presidential candidate Paul Ryan makes passing reference to it in his “Roadmap,” but Romney has successfully distanced himself from such a strategy.

Thirdly, regulations gushing out of governmental agencies such as the EPA, the Department of Labor, and the like are suffocating entrepreneurs. Said Schiff:

The act of becoming an employer should be made as easy as possible. Instead we have made it more difficult. In fact, among small business owners, limiting the number of employees is generally a goal. [Emphasis added.]

This is not a consequence of the market, but of a rational desire on the part of business owners to limit their cost and legal liabilities. They would prefer to hire workers, but these added burdens make it preferable to seek out alternatives.

Where in Romney’s plan is any mention of out-of-control regulations emanating from such agencies? Observers say a better question to ask might be: What could he do about it if he were president? Civil servants serve for life, by law. Politicians come and go.

Perhaps the most effective way to reduce unemployment, especially among young people, is to abolish the minimum wage. As Schiff so elegantly expressed it:

Setting the wage at $7.25 simply means that only those workers who can produce goods and services that create more than $7.25 (plus all additional payroll associated costs) per hour are eligible for jobs.

Those who can’t, become permanently unemployable.

And yet one searches in vain for any mention in Romney’s plan of this obvious move that could begin to reduce unemployment almost immediately.

It becomes obvious that Romney’s plan is for political consumption only. Analysts believe he’s hoping no one notices that his plan to put 12 million people back to work lacks any credible strategies for doing so.

Ben Bernanke Central Bank China Deficit Economy Energy Federal Reserve Fiat Currency Income Tax Interest Rates Jobs Paper Money Paul Ryan Regulations Republican Small Business Spending Unemployment
This entry was posted on Saturday, September 15th, 2012 at 6:37 am and is filed under Economics, Politics. You can follow any responses to this entry through the RSS 2.0 feed. Both comments and pings are currently closed.
Many of the articles on Light from the Right first appeared on either The New American or the McAlvany Intelligence Advisor.