The Astonishing Hubris of Government Planners

Attempts to centrally plan economies, or even to intervene in major ways into market economies, are very much like humans’ attempts to fly by dressing like birds and flapping fake wings: utterly futile, and potentially calamitous, because the most that can be observed of any successful economy are a handful of large details (assembly lines, retail outlets, money).

Consciously calling into existence steel factories, wheat farms, supermarkets, currency, and other apparently obvious keys to economic success, and then trying to get these things all to work together to achieve economic takeoff, is akin to a man strapping sheets of fake feathers to his arms and legs and trying to fly.

The effort simply won’t work, even if it appears to the untrained eye as if it should. 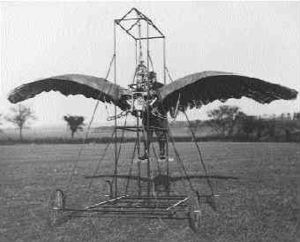 What a wonderful insight into how the free market works, from one of my favorite economists: Donald Boudreaux. It’s an expansion of “what’s seen hides what’s unseen” which cause government bureaucrats and politicians to think they understand things which are impossible to understand.

He says that the free market economy is indescribably complex, and then he attempts to describe it:

A market economy is indescribably vast and complex—its success depends on so many intricate, changing details all somehow being made to work smoothly together that the “facts” that are essential to its thriving cannot be catalogued with anywhere near the completeness that can be achieved by a 21st-century scientist studying and cataloging the “facts” that enable sparrows to fly.

A sparrow is complex compared, say, to a limestone rock. Compared to the modern market economy, however, a sparrow is extremely simple.

What isn’t seen, and can’t be seen, is the motive force of individual decisions on the part of each participant in the market – consumers and producers – that creates this living, breathing thing we call the market. It’s the organizing force behind the scenes that allows each actor to have a role.

And it’s this motive force – the invisible hand (HT: Adam Smith) – that politicians and bureaucrats (i.e., EPA, etc.) think they not only understand, but can control and direct. This is the ultimate hubris:

Too many people, including politicians, continue to believe that because they can observe a handful of bulky facts about the economy, they can thereby know enough to intervene into that economy in ways that will improve its operation.

That belief, though, is hubris. It’s very much like believing that you’ll fly if you simply strap on a pair of wings and commence to flapping madly.

Capitalism Donald Boudreaux Economy Free Market Invisible Hand
This entry was posted on Friday, September 14th, 2012 at 12:48 pm and is filed under Economics. You can follow any responses to this entry through the RSS 2.0 feed. Both comments and pings are currently closed.
Many of the articles on Light from the Right first appeared on either The New American or the McAlvany Intelligence Advisor.