Spain is Bleeding to Death

Data from the European Central Bank shows that outflows from Spanish commercial banks reached [$92 billion] in July, twice the previous monthly record. This brings the total deposit loss over the past year to 10.9 percent [of deposits]… 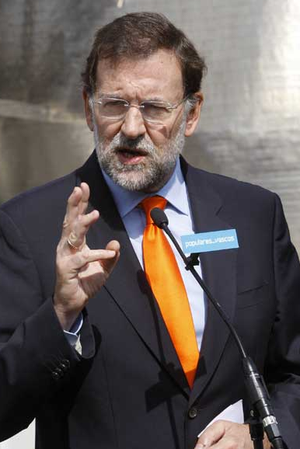 In any capitalist economy, bank deposits represent capital in liquid form. Spain is bleeding to death. Evans-Pritchard quotes another expert:

This is highly significant. Deposit outflows are clearly picking up and the balance sheet of the Spanish banking system is contracting.

This is called deflation: a contraction in the supply of money.

I give blood on a regular basis. But I’m only allowed to give one pint at a time, and I can’t go back in less than six weeks to give another pint. Once, when I was into bike racing, I was reminded by Penrose Hospital that it was time to give blood again. I waited until after the race was over. I wanted to be at my best.

The politicians in Spain don’t know about bike racing, and I have serious doubts about their understanding of capital flows. They’re much more interested in continuing to spend other peoples’ money without hindrance.

The drip-drip of grim figures came amid fears of a constitutional crisis after the Spanish region of Catalonia requested a €5 billion rescue package yesterday from the central government but refused to accept any political conditions.

There it is in a nutshell: loan us more money so we can keep spending, but without conditions on the loan!

Nothing can happen until Spain requests a loan package and signs a “memorandum” giving up fiscal sovereignty. It remains unclear whether Mr. Rajoy [Spain’s prime minister] will agree to this.

It’s the socialist mindset: only banks and governments can revive the sinking economy. Investors with their own funds in the banks see the lie, and are getting their money out while the getting is good.

Spain is bleeding to death.

Banking Central Bank Constitutional European Central Bank Eurozone Fiat Currency Paper Money Spain
This entry was posted on Thursday, September 13th, 2012 at 1:54 pm and is filed under Economics. You can follow any responses to this entry through the RSS 2.0 feed. Both comments and pings are currently closed.
Many of the articles on Light from the Right first appeared on either The New American or the McAlvany Intelligence Advisor.