Is a Greater Depression Imminent?

Wayne Allyn Root: Why we are on the brink of the greatest Depression of all time

I am a successful small businessman and a patriot who loves America and always sees its greatness. I am also an optimistic, positive thinker who always sees the glass half full.

But not this time. 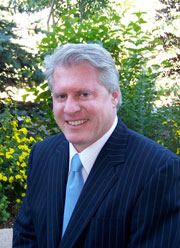 I see these kinds of articles a lot in my profession and they do get tiresome. Sometimes they annoy me. Sometimes I think they’re designed to discourage those of us in the freedom fight to keep us from continuing the fight.

I’ve written favorably about Wayne Allyn Root before when he picked Romney over Obama in November. He presented a persuasive case for his prediction, and I wrote about it.

But this time I think he’s wrong. Let’s look (briefly) at his arguments that a “Greater Depression” is imminent. They should be familiar to you (my comments in italics):

What is his solution? Whoops, didn’t he just say “It’s over. It can’t be saved. We’re doomed?” Actually, this is what he said:

This time we are in such deep trouble, the only solution is a radical restructuring of the politicians, the economy, and the way we view personal responsibility versus government handouts. If those changes don’t come then we are facing a long decline and the eventual end of America.

So, even though it’s over, there is a solution:

The solution is actually simple: dramatically cut the size, scope and power of government; cut spending; cut entitlements; cut taxes; cut government rules and regulations that smother, damage and destroy businesses, prevent startups, and kill jobs; reform Social Security, Medicare and Medicaid; reform public employee pensions; stop the wars (we can no longer afford to police the world); end or reform the Fed; end bailouts and stimulus (ask Japan about the failures of repeated stimulus); end the Democratic obsession with green energy and high speed rail (ask Spain about the waste in those two programs); encourage oil and energy exploration; encourage job creation by small business and the private sector; term limit politicians; institute school choice; and back the dollar with a gold standard.

I’ve heard all this before. Most of us know what must be done. The task is huge, the list is long, it will take years, and, no, Mr. Root, it won’t be simple.

Gary North thinks the US will default on these promises, and I tend to agree. But that’s a positive: people will learn how to become self-reliant once again. It will be painful.

But it won’t be fatal.

Bailouts Democrat Energy Federal Government Freedom Gary North Medicaid Medicare Regulations Small Business Spain
This entry was posted on Thursday, September 13th, 2012 at 9:45 am and is filed under Economics. You can follow any responses to this entry through the RSS 2.0 feed. Both comments and pings are currently closed.
Many of the articles on Light from the Right first appeared on either The New American or the McAlvany Intelligence Advisor.