Veronique de Rugy: More Evidence That Spending Cuts Are the Best Way to Shrink Our Debt

This new paper by Harvard University’s Alberto Alesina, Carlo Favero and Francesco Giaviani of the University of Bocconi makes the case that increasing taxes on the rich (or anyone else for that matter) won’t help our country get out of the slump.

The two economists show that the best way to get into a new recession is to try to reduce our debt-to-GDP ratio by raising taxes. 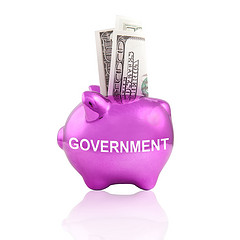 My prejudice against Harvard professors having anything much sensible to say, especially when it comes to government spending and taxation, really took a massive hit! The paper author du Rugy refers to is 54 pages long and was commissioned by the European Commission, allegedly to understand how Europe could get out of the economic and financial mess they’re in.

But they have the hit the nail on the head. Here is this from their Abstract of the study:

Fiscal adjustments based upon spending cuts are much less costly in terms of output losses than tax based ones. In particular, spending-based adjustments have been associated with mild and short-lived recessions, in many cases with no recession at all.

Instead, tax-based adjustments have been followed by prolonged and deep recessions. The difference is remarkable in its size and cannot be explained by different monetary policies during the two types of adjustments.

Who would have thought? It takes a Harvard professor (with some help from two friends) to figure this out!

Du Rugy properly concludes that, come January, the automatic cuts to government spending already baked into the cake should be allowed to happen:

If [the professors] are right, it means that comes January we should let sequestration follow its course…but prevent taxes from going up.

GDP Recession Spending Taxes
This entry was posted on Sunday, September 2nd, 2012 at 9:12 am and is filed under Economics. You can follow any responses to this entry through the RSS 2.0 feed. Both comments and pings are currently closed.
Many of the articles on Light from the Right first appeared on either The New American or the McAlvany Intelligence Advisor.