John Ransom: Wanna a Free Car? Be a Congressman

According to the Associated Press, Rep. Edolphus Towns, D-N.Y, overrode his own subpoena three years ago in an investigation of former sub-prime mortgage lender Countrywide Financial Corp. to exclude records showing that he, other House members and congressional aides got VIP discounted loans from the company. 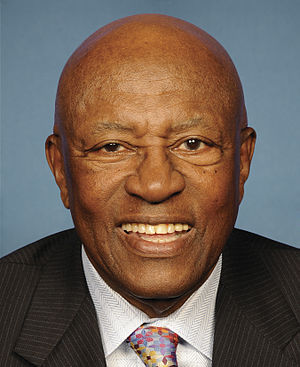 This is how a 15-term Congressman games the system. And when he is caught, he changes the rules in order to hide his gaming. When he is finally caught, he quits, and retires on a pension that far exceeds what this corruptocrat (HT: Michelle Malkin) could possibly earn legitimately.

The procedure to keep the names secret was devised by Rep. Edolphus Towns, D-N.Y. In 2003, the 15-term congressman had two loans processed by Countrywide’s VIP section, which was established to give discounts to favored borrowers.

The effort at secrecy was reversed when Towns’ Republican successor as chairman of the House Oversight and Government Reform Committee, California Rep. Darrell Issa, issued a second subpoena. It yielded Countrywide records identifying four current House members, a former member and five staff aides whose loans went through the VIP unit. Towns was on the list.

His litany of fraud and self-help at taxpayers’ expense goes back decades. In 1992 he was named in the House banking scandal that erupted that year, having written an astounding 408 checks on his overdrawn House bank account.

He now leases a high-end Mercury Milan hybrid automobile, at taxpayers’ expense, of course, for triple the normal lease rate: $1,285 a month. It’s a two year lease, and taxpayers will have essentially purchased the automobile over that span. But have no doubt: Towns will have figured out a way to keep the auto, or sell it, and keep the proceeds for himself.

After all, he’s a master.

Banking Darrell Issa Fraud Michelle Malkin Pension Republican Scandal
This entry was posted on Tuesday, August 28th, 2012 at 11:10 am and is filed under Constitution, Politics. You can follow any responses to this entry through the RSS 2.0 feed. Both comments and pings are currently closed.
Many of the articles on Light from the Right first appeared on either The New American or the McAlvany Intelligence Advisor.