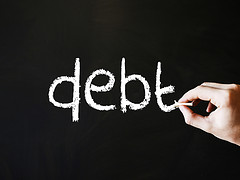 Moody’s, one of the big three credit rating agencies, has announced new rules to be effective on September 1 that bring an additional dose of reality to the size of the funding gaps that currently exist with public pension plans.

Back in June, the Pew Center on the States reported an eye-popping pension plan gap between plan assets and plan promises of $1.4 trillion. Said Pew at the time:

States continue to lose ground in their efforts to cover the long-term costs of their employees’ pensions and retiree health care…due to continued investment losses from the financial crisis of 2008 and states’ inability to set aside enough each year to adequately fund their retirement promises.

In fiscal 2010, pension plan obligations grew by nine percent, but plan assets remained static. According to Wilshire Associates, the median return on public pension plans was a negative 17.4 percent in 2009, which meant that plan assets had to grow by more than 20 percent just to get back to even. With gains of 12.6 percent in 2010 and another 21.4 percent in 2011, most plans are slightly ahead of where they were in 2009, but still a long way from catching up. Market mavens have a saying: Returns are variable, but liabilities accrue eternally. Put another way, unless something miraculous happens, those promises won’t be kept.

As the Pew study put it, “States…will not be able to keep up with the long term without some combination of higher contributions from taxpayers and employees, deep benefit cuts, and…changes in how retirement plans are structured and benefits are distributed.”

To date, most states have managed to do little to take control of this runaway train. Some have reduced retirement benefits for new employees but have not dared touch those of existing employees. Others have reduced or eliminated cost-of-living increases (COLAs), while still others have backed up the retirement age a little, or have fiddled with the calculator that determines the benefits a retiree might get based on years of service. A few have made “stacking” illegal—using overtime and vacation time to enhance the “final five” years of employment and thus the benefits due at retirement.

And a few have even managed to increase, slightly, their contributions to their plans as the economy, and tax revenues, have picked up, also slightly, over the past year.

But using the new rules, the average public pension plan that was considered to be 75 percent funded—80 percent is the absolute minimum—is now underfunded by half: just 53 percent, according to Pew. Said Pew: “In 2000, more than half of the states were 100 percent funded, but by 2010 only Wisconsin was fully funded, and 34 were below the 80 percent threshold…”

The states are simply unable, or unwilling, to pay for all these promises. In 2010 they should have paid into their retirement plans about $51 billion, according to those plans’ assumptions. Instead, they paid in only $17 billion—just 34 percent of what is required.

And those assumptions are grossly outdated, reflecting the heady days of the distant past when earning seven or eight percent annually was not only the norm, but achievable. Today, and for the foreseeable future, those are just dream numbers.

Moody’s has questioned those assumptions, and now, in its latest recommendations, has made specific the rules for trustees to follow. Using something called Citibank’s Pension Discount Curve, trustees will be strongly encouraged to reduce those dream numbers if from seven to eight percent to (ready?) something closer to four percent. As Ivan Osorio wrote at OpenMarket.org, “Under Moody’s revised approach, unfunded pension liabilities as of 2010 would rise…to around $2.2 trillion.”

This dose of reality provided by Moody’s should begin to have some ameliorative impact: Trustees will wake up to the new reality of lower investment returns, members of state legislatures will begin to appreciate the difficulty of funding other politicians’ promises made when things were rosy, and investors inclined to consider the “safety” of municipal bonds for part of their portfolios may just take a second look before leaping.

For the taxpayers and the plan beneficiaries, the future is already set in stone: Both will face higher costs through increased taxes and higher contributions, respectively, while retirees will find their benefits delayed and reduced.

Moody’s has provided a significant reality check to the dream time of generous public-pension payouts funded by the hot air of politicians’ promises and false assumptions.

Health Care Pension Retirement Taxes
This entry was posted on Saturday, August 25th, 2012 at 6:59 am and is filed under Economics. You can follow any responses to this entry through the RSS 2.0 feed. Both comments and pings are currently closed.
Many of the articles on Light from the Right first appeared on either The New American or the McAlvany Intelligence Advisor.