Entitlement Reform is No Longer the Third Rail!

American politics has crossed the Rubicon on spending and entitlements, and these issues will at long last complete the journey from a forbidden third rail to a central element of national politics. 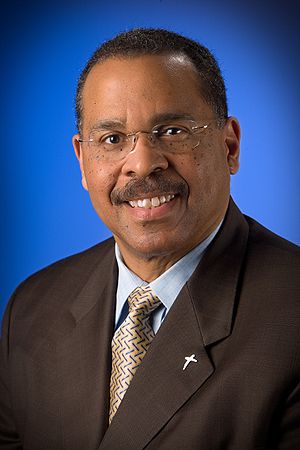 This is very important. Ryan’s entry into the electoral process is bending the conversation—very late in the game—around to talking about entitlement reform.

I went on a speaking tour 25 years ago for The John Birch Society to talk about the unsustainable Social Security program. It was obvious even back then, and the story was compelling. At least I thought so. But the tour was cancelled after just a few talks: no one was coming out to hear it! Those who did, didn’t want to hear about it. They just wanted assurance that their checks would continue. When I told them that, yes, your checks—for the time being—would continue, they lost interest, and left. I mean they got up in the middle of my presentation, and walked out!

Ryan is like a magnifying glass: providing focus on the problem. Here’s what Blackwell notes:

Congressman Paul Ryan is best known for his budget, the Ryan Roadmap, which ties together the two sides of our fiscal-crisis coin: First, the major entitlements of Social Security, Medicare, and Medicaid will soon be bankrupt and unable to provide for millions of beneficiaries. And second, our growing $16 trillion debt will result in an unprecedented economic disaster if not balanced and then paid off.

It takes a crisis to get peoples’ attention. And the message is finally coming through: if something can’t continue, it will stop. And the folks are getting it.

Beginning in 1783, national leaders like John Jay corresponded with George Washington—the recently-retired commander-in-chief of the Continental Army—about the need for structural change in American government. They made the case that the Articles of Confederation had failed, and the national governing document must be fundamentally overhauled.

This eventually led to the drafting of the U.S. Constitution in 1787. But before reaching that point, as late as 1786, Washington agreed that young America teetered on the edge of an abyss, but that a critical mass of American citizens had not yet reached the same assessment. Things would get worse before they could get better, Washington concluded. Then things got worse with Shay’s Rebellion, and change came.

George Washington intuitively understood that major change in a democratic system must be driven by the people. We will not reform entitlements and balance the budget until they become kitchen-table issues for ordinary citizens, which takes time and visibility. Democrats simply pretend there is no problem. Now Republicans can make these points so central to national discourse that they become unavoidable and undeniable.

The big question remains: will anything substantial be done? Or will it just be talk? If we wait long enough, the problem will solve itself: the checks will stop.

Constitutional Democrat Entitlements John Birch Society Medicaid Medicare Paul Ryan Republican Social Security Spending The New American
This entry was posted on Wednesday, August 22nd, 2012 at 12:19 pm and is filed under Economics, History. You can follow any responses to this entry through the RSS 2.0 feed. Both comments and pings are currently closed.
Many of the articles on Light from the Right first appeared on either The New American or the McAlvany Intelligence Advisor.