The Farm Bill: Why Subsidize Farming? 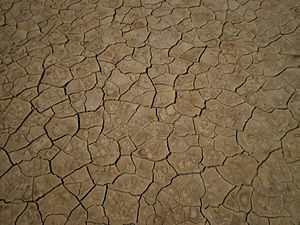 President Obama made sure that Iowa farmers knew that he was “there for them” during a campaign stop in Council Bluffs, Iowa, on August 13, by announcing another package of “aid” during the drought. Said the president:

Farmers [and] ranchers depend on a good crop season to pay the bills and put a roof over their heads. And I know things are tough right now…. [The government meat purchases] will help ranchers, you know, who are going through tough times right now.

The aid will involve the purchase of $100 million of pork, $50 million of chicken, and $10 million each of lamb and catfish. This comes on top of $30 million of aid announced last week. Obama also promised that the Defense Department will speed up its purchases and hold the meat for later use: “We’ll freeze it for later—but we’ve got lots of freezers,” quipped the president.

Some of the farmers and ranchers aren’t so sure the new program will have much effect. Scott VanderWal, president of the South Dakota Farm Bureau, said the USDA regularly buys meats, vegetables, fruits, and other commodities for its various food assistance programs, and this is little more than political showboating by the president:

It’s been a normal course of business for the USDA to purchase these commodities and it may be kind of a political highlight to be saying they are doing this now. I’m kind of lukewarm on the whole thing….

Those programs keep the USDA’s 100,000 employees hopping, spending more than $130 billion of taxpayers’ money each year to support a farm population that numbers less than 1.7 percent of the country’s total population. They include:

The latest aid comes on top of other attempts to help farmers during the current drought, including giving farmers low-interest loans, opening more federal land for grazing, and distributing $30 million to get water to livestock.

There’s little doubt that the drought is severe. More than half the counties in the U.S. have been declared natural disaster areas by the USDA, resulting in the driving up of prices of commodities like corn and wheat to record levels. But in the grand scheme of things, this announcement of more aid appears to be little more than headline grabbing. Bill Tentinger raises and slaughters 10,000 hogs a year at his farm in Le Mars in northwest Iowa. Tentinger said: “With a purchase like that, I can’t help but think it’s going to help us through [the drought] somewhat,” while others consider the aid too little and too late. Dennis Smith, an executive with Archer Financial Services in Chicago, said:

The damage has already been done in terms of feeding margins and the losses these guys are going to incur.

But the impact of continuing government interventions takes its toll. Farmers and ranchers not only have to deal with so many variables like the weather, future costs of feed and financing, labor costs, innovations that continue to drive production costs down, and competition from other markets both local and international, but they also have to deal with changeable and politically-driven programs designed more to buy votes for politicians than to make life easier or more predictable for farmers. In fact, Tentinger was planning on selling off his entire herd of hogs because of high feed costs, but has decided to wait. This means that government has interfered with his calculations as to what would be the best use of his capital. And so he waits.

Others have been negatively impacted by the drought, irrespective of any government aid. The threat of too many hogs coming to market to provide capital to pay for seed in the fall has driven the price of hogs down to the point where, according to Glenn Miller, the executive director of the South Dakota Pork Producers Council, swine producers have seen their profits vanish in just the last couple of months. Earlier this year, those producers were expecting to turn a profit of $8 on each animal, but with the drought and the decline in hog prices, they are expecting to suffer a loss of $15 on each one.

But all of that is just business. Every business faces risks. As Clarence Carson, writing for The Freeman back in 1987, asked, rhetorically, why don’t service station operators have a federal department for service station owners, or Federal Service Station Banks offering low interest rate loans to help them survive long periods of slow business? Said Carson:

It is not all that clear that farmers differ that much in having problems from the rest of us who are exposed to the exigencies of the market—which is to say all of us…. Farming is a business…. Farming is done in the hope and expectation of profit as are all other businesses. [They] seek to use as little of the scarce elements of production as possible to produce the most of the goods that are wanted…they seek the widest market for their produce…

Why indeed? Neither the president nor Vilsack offered an explanation.

Economy Obama Spending USDA
This entry was posted on Monday, August 20th, 2012 at 11:57 am and is filed under Economics, Politics. You can follow any responses to this entry through the RSS 2.0 feed. Both comments and pings are currently closed.
Many of the articles on Light from the Right first appeared on either The New American or the McAlvany Intelligence Advisor.