Miami City Manager Johnny Martinez declared a state of financial urgency Friday for the fourth year in a row.

The move gives the city commission authority to restructure its existing contracts with police, general employee, and fire unions. 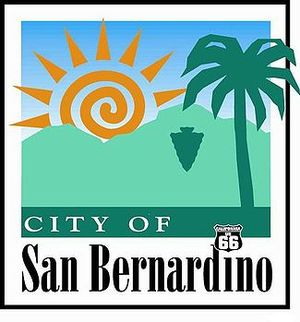 Mish looks at four cities that are failing, although he says there are hundreds that he could examine to prove his point: labor unions and thieves are sinking them.

The labor unions aren’t cooperating and so are increasingly being shown the exit door. This from Miami:

The unions are not cooperating with the process,” Mayor Tomas Regalado told the Miami Herald. “We need to have a balanced budget.”

[Miami City Manager Johnny] Martinez said in a statement that the city will be contacting union representatives to start up two weeks of negotiations.

The declaration of urgency has likely incensed police and fire officials; according to Reuters, the latter group argued before city officials Thursday night that their pay has been cut 35 percent in the last 3 years already.

Perhaps that’s because their pay and benefits were already 35 percent too high? Just asking.

Detroit is in such a sorry state that bodies of murdered victims are being dumped there, often for days before being discovered. Professor of urban planning at the University of Michigan says it’s happening because it’s allowed to happen:

There is no one to watch. There is no capacity to enforce laws about dumping. There is a perception you can dump and no one will report it.

And then there’s Stockton, California’s police chief who stayed just eight months and left with an annual pension of $204,000.

In San Bernardino the city council lowered the retirement age for public-safety workers to 50 from its already generous age 55, knowing full well that it would bankrupt the city. But expediency and stupidity ruled the day. This from one of those city council members:

“I knew it was going to be costly in the long run,” San Bernardino City Councilwoman Wendy McCammack said of the lower retirement age. “However, this city is one of the toughest to police. In order to attract and retain the kind of officers that it takes to police a city like this, that was a benefit that we had to negotiate.”

And so how’s that workin’ out for ya there, Wendy?

Finally, there’s Oakland (it’s interesting that of the four cities Mish selected, three are in California) which made pension promises in 1976 and failed to fund them and now has to borrow to pay for them. Says Mish: Oakland is headed for bankruptcy.

Cities cannot survive labor unions and corruption. Or is that a redundancy?

Balanced Budget Bankruptcy Corruption Pension Retirement Unions
This entry was posted on Thursday, August 9th, 2012 at 6:51 am and is filed under Economics, Politics. You can follow any responses to this entry through the RSS 2.0 feed. Both comments and pings are currently closed.
Many of the articles on Light from the Right first appeared on either The New American or the McAlvany Intelligence Advisor.