A new report from the Federal Reserve Bank of New York shows that the growing burden of student loan debt is creating problems for an unexpected group—senior citizens. 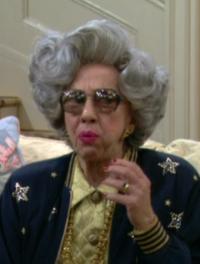 Buried in this article from TVL Broadcasting is some very good advice. The interviewer on the show was distressed to learn that 5 percent of the $870 billion in student loan debt belongs to seniors—60 and up—or some $40 billion. And that is putting some severe crimps into grandma’s plans to retire as the note they co-signed to help their grandchild has gone bad.

Let’s think about this: the young person bought the lie that a college degree will lead to a good job. Not. Notes the article:

The value that we’ve all assumed came with a college degree simply isn’t there.

When my son was trying to figure out how to advise his two sons about getting a college degree, each of them made different, and I think, wise decisions. Will, the oldest, decided to get his degree online. They researched the available resources—there are many—and selected one. Total cost: About $15,000. That’s $15,000 for four years of college—that’s total.

Will is doing his homework on a computer with interactive classes with other live students (and a live professor—imagine that!), and is working at his own pace. There are requirements and time lines and deadlines and papers and…well, the whole college experience. Thanks to the internet, it’s affordable. And his education will likely turn out an excellent American history professor (that’s Will’s goal).

Tim, on the other hand, decided to forgo the entire college “thing” and instead he decided to take a 22-month-long class at Redstone College in Denver which will lead him to a career as a high-end aerospace engineer who works on keeping aircraft operational. It’s a perfect fit for him.

No student loans. And no co-signing by grandma (or grandpa).

Central Bank Education Federal Reserve Fiat Currency Paper Money Student Loans
This entry was posted on Thursday, August 9th, 2012 at 1:17 pm and is filed under Economics. You can follow any responses to this entry through the RSS 2.0 feed. Both comments and pings are currently closed.
Many of the articles on Light from the Right first appeared on either The New American or the McAlvany Intelligence Advisor.