The Lamestream Media Gets Lamer 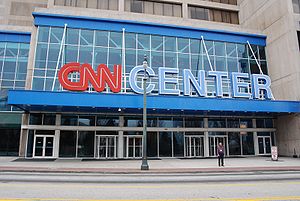 I share Judy Morris’ delight in this report from Gallup. I have had serious credibility issues with the lamestream media ever since I discovered that the attack on Pearl Harbor by the Japanese wasn’t a surprise to Roosevelt! (See “Perpetual War for Perpetual Peace” and/or “Day of Deceit” for proofs.)

There are several pieces to the report that are worth mentioning. First, Democrats seem to have greater respect for the lamestream television media—34% of them give it the highest level of confidence—while independents and Republicans are tied at just 17%.

But the choicest part is how dismal CNN is doing in the ratings:

Compared to Q1 2011, CNN was down -21% in total viewers and down -26% in A25-54 viewers for Total Day viewing and down -5% in both Total Viewers and A25-54 viewers in Primetime. CNN did see slight growth in Primetime (Mon-Fri) due to three GOP debates it carried, topping MSNBC in the demo (Mon-Fri and Mon-Sun).

As Judy notes, “In a nation of 310 million folks it’s quite pathetic that a new giant like CNN only has 599,000 nightly viewers…”

And even Fox News showed a decline. Explained Judy:

While Fox has also suffered a decline, Fox is basically GOP TV anyway. Establishment Republicans will continue to exclusively view Fox (they always do) but Fox also has the oldest viewers and as old Republicans die off, they aren’t being replaced with a crop of young folks. Fox and the GOP have the same problem, namely it can’t attract the young which is considered a very critical audience.

This brings me to a point not mentioned often enough: young people, informed young people, those who get their news from other, more reliable and less slanted news sources (read: the internet), are the ones most likely to make a difference in the freedom fight in the years to come.

I take great comfort in the fact that a 76-year-old Ron Paul continues to generate such interest and following from the younger generation (18-30).

The lamestream media, in the meantime, gets lamer all the time. I love it.

Democrat Elite Establishment Freedom Internet Mainstream Media Media Bias Republican Ron Paul War
This entry was posted on Monday, July 30th, 2012 at 1:06 pm and is filed under Politics. You can follow any responses to this entry through the RSS 2.0 feed. Both comments and pings are currently closed.
Many of the articles on Light from the Right first appeared on either The New American or the McAlvany Intelligence Advisor.