Larry Elder: Yes, Guns Kill, But How Often Are They Used in Self-Defense?

Professor Emeritus James Q. Wilson, the UCLA public policy expert, says: “We know from Census Bureau surveys that something beyond 100,000 uses of guns for self-defense occur every year. We know from smaller surveys of a commercial nature that the number may be as high as 2 1/2 or 3 million. We don’t know what the right number is, but whatever the right number is, it’s not a trivial number.” 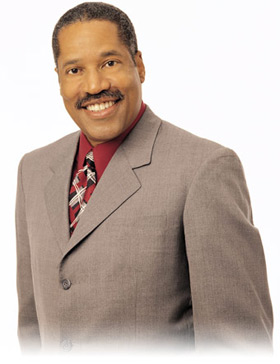 Statistics don’t work for me unless they’re personalized. As Joseph Stalin once said: “The death of one man is a tragedy. The death of a million is a statistic.”

So Elder, in his column, personalizes the statistics of armed citizens:

In Pearl, Miss., a gunman who killed two students and wounded seven at a high school was stopped by an assistant principal, who rushed to his car and got his gun. The assistant principal, running back with his .45, spotted the rifle-carrying shooter in the parking lot. Ordering the teen to stop, the vice principal held his gun to the shooter’s neck until police arrived.

In Salt Lake City, a man purchased a knife in a grocery store, walked outside and stabbed and critically injured two men. He was threatening others, when a store patron with a concealed weapons permit drew his gun, forced the attacker to the ground and held him until police arrived.

In Grundy, Va., a disgruntled student on the verge of his second suspension at Appalachian School of Law shot and killed the dean, a professor and a fellow student. Two students, both off-duty peace officers, ran to their cars, retrieved their guns and used them to halt the attack.

There, that personalizes it. That should offset some of the moaning and weeping emanating from the disaster in Aurora. Something should have happened to keep this monster from carrying out his mission. Just one, with a gun, could have ended the situation quietly, and the rest of the folks could just go back to watching the movie!

Census Gun Control Second Amendment Statistics
This entry was posted on Monday, July 30th, 2012 at 9:39 am and is filed under Constitution. You can follow any responses to this entry through the RSS 2.0 feed. Both comments and pings are currently closed.
Many of the articles on Light from the Right first appeared on either The New American or the McAlvany Intelligence Advisor.