The LIBOR Scandal: Just the Tip of the Iceberg 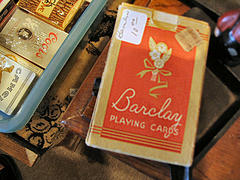 Barclays: dealing from the bottom of the deck! (Photo credit: J Dueck)

The ripple effects from the announcement by the British Financial Services Authority (FSA) that it was fining Barclays Bank for manipulating in its favor a key interest rate are just beginning to be felt. Explained the authority:

LIBOR and EURIBOR are by far the most prevalent benchmark reference rates used in euro, US dollar and sterling over the counter (“OTC”) interest rate derivatives contracts and exchange traded interest rate contracts.

Let’s put that into simple terms: the LIBOR and the EURIBOR rates affect financial instruments with values more than 36 times the gross domestic product of the United States! These are rates that affect nearly every contract that contains or refers to an interest rate. That would include variable-rate mortgages, municipal bond financings, credit card debt, U.S. treasuries—an enormous, almost incomprehensibly large number.

And all of it manipulated by Barclays and 18 other “money center” banks operating out of the exclusive City of London enclave in the center of London, England.

LIBOR and EURIBOR are used to determine payments made under both OTC interest rate derivatives contracts and exchange traded interest rate contracts by a wide range of counterparties including small businesses, large financial institutions and public authorities. Benchmark reference rates such as LIBOR and EURIBOR also affect payments made under a wide range of other contracts including loans and mortgages.

And just what did the top people at Barclay’s do that brought the wrath, and penalties of nearly half a billion dollars, of the FSA down on their heads? All the traders did at the start of and during the world-wide economic meltdown was declare that interest rates were just a little different from what they should have been. Just a few hundredths of a percentage point is all. But when making deals worth hundreds of millions of dollars, one-one hundredth of a percentage point can be worth—gained or lost—millions on a single transaction.

And the FSA concluded:

Barclays acted inappropriately and breached Principle 5 on numerous occasions between January 2005 and July 2008 by making US dollar LIBOR and EURIBOR submissions which took into account requests made by its interest rate derivatives traders (“Derivatives Traders”). At times these included requests made on behalf of derivatives traders at other banks. The Derivatives Traders were motivated by profit and sought to benefit Barclays’ trading positions. (emphasis added)

It also made Barclay’s appear to be sounder than it actually was. As the FSA explained: “Liquidity issues were a particular focus for Barclays and other banks during the financial crisis and banks’ LIBOR submissions were seen by some commentators as a measure of their ability to raise funds…The media questioned whether Barclays’ submissions indicated that it had a liquidity problem.”

And Barclay’s continued its malfeasance even after being caught.

The Wall Street Journal first caught wind of this back in May 2008 but the LIBOR manipulations go back as far as 2005 when evidence first appeared that Barclay’s was dealing from the bottom of its deck. From January 2005 until June 2008, traders at the bank manipulated the key interest rate 257 times, according to the FSA.

In 2007, the New York Fed, headed up at the time by Treasury Secretary Timothy Geithner, became aware of the manipulations but Geithner did little about it. As Charles Gasparino noted at the New York Post last week:

In 2007 and 2008, as the banking crisis began to heat up and big investors started demanding higher interest rates when lending to the banks, evidence began to build that banks were submitting falsely low borrowing costs to mask their financial distress.

Barclays was one such bank. Indeed, the New York Fed learned as early as December 2007 that Barclays may have been manipulating Libor—but Geithner’s crew waited until April 2008 to make its initial inquiry, documents show.

Following that inquiry Geithner sent off an email to his counterpart at the Bank of England making some suggestions, including one to “eliminate [the traders’] incentive to misreport [LIBOR rates].”  Geithner’s suggestions were ignored, and the manipulations continued.

In April 2008 a whistleblower at Barclay’s called the British Banker’s Association (BBA), the banks’ lobbying group and spoke to one of the top people there, admitting that his bank was manipulating LIBOR:

Barclays official: “We’re clean, but we’re dirty-clean, rather than clean-clean.”

In June the BBA published a paper seeking comments on how to change the LIBOR interest rate setting procedures and then, after receiving comments from the banks affected, said that those procedures wouldn’t be changed.

And so the manipulations continued.

In October 2008 the Bank of England’s deputy governor Paul Tucker and Barclay’s Bob Diamond—head of the bank’s investment division at the time—had a telephone conversation about the bank’s continuing and increasingly obvious manipulations of LIBOR. Conveniently, under testimony, neither of them remembers the specifics, but the effect was the same: Barclay’s had the implicit permission by the Bank of England to continue its practice.

But Barclay’s days were numbered. In late 2011, the Royal Bank of Scotland fired four of its traders for participating in the manipulations and fraud. On June 27th, under pressure from the FSA, Barclay’s agreed to pay the fines levied by the FSA.

On June 29th, Diamond insisted that, despite the scandal, he would not resign. On July 3rd, Diamond resigned, along with the bank’s chairman Marcus Agius and its chief operating officer, Jerry Del Missier.

On July 5th, Moody’s lowered its rating on the bank to negative.

Paul Craig Roberts, writing for his Institute for Political Economy, says that more than trying to make a few millions by shaving interest rates by a few basis points was at stake:

According to news reports, UK banks fixed the London interbank borrowing rate (Libor) with the complicity of the Bank of England (UK central bank) at a low rate in order to obtain a cheap borrowing cost. The way this scandal is playing out is that the banks benefitted from borrowing at these low rates. Whereas this is true, it also strikes us as simplistic and as a diversion from the deeper, darker scandal…

Instead, the fixed Libor rate enabled them to improve their balance sheets, as well as help to perpetuate the regime of low interest rates. The last thing the banks want is a rise in interest rates that would drive down the values of their holdings and reveal large losses masked by rigged interest rates.

But there’s even more than that involved: it’s the whole idea that the entire global banking system itself, starting with the Fed and aided by the Bank of England, cannot be allowed to let interest rates rise.

As the Federal Reserve and the Bank of England are themselves fixing interest rates at historic lows in order to mask the insolvency of their respective banking systems, they naturally do not object that the banks themselves contribute to the success of this policy by fixing the LIBOR…

But the global manipulation and price-fixing of interest rates, of which Barclays Bank was only a part, cannot go on forever. At some point interest rates are going to increase (regardless of any attempts at manipulations) as investors demand more return for taking on the additional risks of investing in insolvent governments’ paper.

The Federal Reserve, even with full cooperation from the banking system employing every fraud technique known, cannot prevent interest rates from rising on debt instruments denominated in a currency whose value is falling.

Banking Central Bank Currency Federal Reserve Fiat Currency Fraud Interest Rates Paper Money Scandal Wall Street
This entry was posted on Sunday, July 29th, 2012 at 6:42 am and is filed under Economics. You can follow any responses to this entry through the RSS 2.0 feed. Both comments and pings are currently closed.
Many of the articles on Light from the Right first appeared on either The New American or the McAlvany Intelligence Advisor.