The Two Sides of James Holmes, the Colorado Shooter 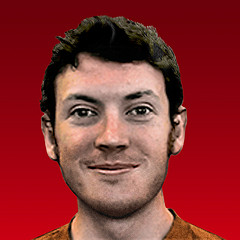 The editorial staff at Yahoo.com tried to answer the question: “Who is James Holmes?” and came up with two distinctly different answers. On one hand, Holmes was a bright young man, having been raised in an upper-middle class neighborhood by his parents. In other words, he was about as normal as hot weather in the summer. On the other hand, he was a plotting, conniving, deliberate individual intent on wreaking as much mayhem as he could during his attack on unsuspecting theater-goers at a midnight showing in Aurora, Colorado.

He was known as a very quiet young man, introverted but pleasant. Holmes, 24, had shown scholarly promise in the recent past. He’d earned a merit scholarship out of high school in a sunny San Diego suburb. He had graduated from college with honors. From there, he’d gone to graduate school at the University of Colorado at Denver.

He was just one of six students in his class to earn a merit scholarship, graduating at the top of his class at the University of California, Riverside. He won a grant in the amount of $26,000  from the National Institutes of Health (NIH) which allowed him to enter the University of Colorado to study neuroscience.

While in high school he enjoyed going to the movies and playing video games with his friends. One of his classmates at Westview High School in San Diego said Holmes was “really smart, kinda nerdy and not too talkative with people he wasn’t friends with.” He didn’t get involved in sports or other extracurricular activities and while he “didn’t really have any long-term girlfriends…I do remember him having dates to dances.”

While attending school in Denver, Holmes signed up for some online dating sites like Match.com and AdultFriendFinder. In his profile he said he “definitely want[s] kids, drink[s] socially but never smoke[s],” and says his politics are “middle of the road.” He wrote at AdultFriendFinder he said “[I] am a nice guy. Well, as nice enough of a guy who does these sorts of shenanigans.”

He maintained such a low profile that a search of criminal records reveals nothing more than a speeding ticket back in October, 2011.

If that’s all one knew about James Holmes, one would conclude that he was a regular guy, a little shy, nervous about meeting new people, and staying pretty much to himself.

He began to have trouble in school. Following a difficult verbal exam this spring, he had decided to quit school and had already started the process of withdrawing at the time of the Aurora incident.

During this time another side of Holmes appeared: deliberate, devious, plotting, designing, planning, storing, acquiring…all for the purpose of shooting as many people as he could. For four months Holmes began purchasing weapons and ammunition from internet stores as well as local outlets like Bass Pro Shop and Gander Mountain in Thornton, Colorado. He acquired several weapons, including a .40 caliber Glock pistol, a Remington 870 12-gauge shotgun, and a Smith and Wesson M&P15, a semi-automatic rifle chambered for the .223 cartridge. In total, estimates are that he amassed some 6,000 rounds of ammunition in that period.

And from some source, unknown at this writing, he also obtained the chemicals and electrical components necessary to booby-trap his apartment. In addition, he also acquired the technical knowledge to build that booby-trap with sufficient skill that he successfully managed to avoid blowing himself up in the process.

Said Jack Healy, writing at The New York Times, Holmes had rigged his apartment with “an intricate series of explosive booby traps, seemingly designed to kill anyone who entered…” Aurora Police Chief Daniel Oates confirmed it: “What we are seeing here is evidence of some calculation and deliberation…[it was designed] to kill whoever entered it.”

After noting Holmes’ behavior at his hearing in Denver on Monday, some observers thought he had been drugged. Wrote one who attended the hearing, Joe Coscarelli:

Holmes sat in a Colorado court room with red-and-orange-dyed hair and heavy eyelids this morning at his advisement hearing, speaking not a word and appearing to nearly nod off. The 24-year-old looked confused, blinked slowly, and struggled to keep his head up, leading the press to wonder if he’d been drugged.

This naturally raised the suspicions of Michael Welner, a forensic psychiatrist who has studied and testified about mass shootings like the one in Aurora. He said the shooters “invariably feature a person who is highly paranoid, resents the broader community and decides to kill out of a desire to achieve notoriety.”  But that analysis came as a complete surprise to Holmes’ parents who expressed shock and disbelief at the news. A police spokeswoman said, “The Holmes family is very upset about all of this. It is a tragic event, and it has taken everyone by surprise.” And the problem with Welner’s off-the-cuff analysis, according to Jeffry Swanson, a professor at Duke University and an expert on violence and mental illness, “is that there are tens of thousands of people who meet the same description and never do anything like this.”

And there is no evidence, so far, that Holmes was taking any prescription drugs for, say, depression, that might have caused him to go off the deep end. Certain antidepressants have severe adverse side effects, such as abnormal thinking, personality disorder, hostility, paranoia, and delusions. But at this writing, prescription drugs are not in the picture.

One is left, then, with two sides of James Holmes: On one side is a bright, nerdy, quiet single male keeping pretty much to himself and raising no suspicions among any of his family, friends, or neighbors. On the other side is a murderous, devious, evil individual who labored diligently to plan carefully his attack on unarmed unsuspecting individuals attending a movie.

The question remains: Why did his evil side prevail over his benign side?

Colorado Internet James Holmes Video
This entry was posted on Thursday, July 26th, 2012 at 6:30 am and is filed under Uncategorized. You can follow any responses to this entry through the RSS 2.0 feed. Both comments and pings are currently closed.
Many of the articles on Light from the Right first appeared on either The New American or the McAlvany Intelligence Advisor.