Halting Steps Towards a Gold-Backed Currency

The world is crying out for some of type of encrypted token or bearer receipt that can be traded for physical gold.  Where the physical inventory matches the encrypted tokens at a rate of 100 percent and can be redeemed at a fixed margin for physical gold or cash on demand in various cities around the world. Some countries might consider that a competing currency, but as long as receipts are denominated in fixed amounts of gold and not currency values, that should avoid most complications; it’s really just a new way to trade commodities. 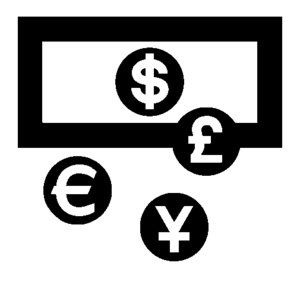 While Poindexter is writing for his “gold bug” customers about the price of gold and silver and how the ratio between the two—a very high 59—bodes well for silver purchasers, he makes an excellent side comment about how the free market will eventually revert back to real money, a gold-backed currency.

Ben Bernanke doesn’t recognize silver or gold as real money, which is about as good an indicator you can find that it is! If he’s for it, it’s wise to be against it, and vice versa. It saves a lot of thinking because the man has been so consistently wrong for so long. His response to Ron Paul’s question about whether silver and gold is real money is instructive: “No.”

There are barter currencies in existence now and I’ve written about them. There are local and regional currencies backed by, in some places, maple syrup! No, I’m not making this up! I’m not that clever!

And as the dollar continues to lose value, people will find that other options are going to work better—much better—than paper money that doesn’t maintain its value. I’m not afraid of hyperinflation, mind you. The Fed would never allow that to happen because it would threaten its very existence. But what it will allow is “some” inflation—Gary North thinks in the range of 20 to 30 percent annually—which will serve nicely to generate increasing demands for money that retains its value.

I’m encouraged by Poindexter’s comments. He sees further than I do on this issue. And I welcome that.

Ben Bernanke Currency Economy Fiat Currency Free Market Gary North GDP Gold Standard Inflation Paper Money Ron Paul
This entry was posted on Thursday, July 26th, 2012 at 12:07 pm and is filed under Economics. You can follow any responses to this entry through the RSS 2.0 feed. You can leave a response, or trackback from your own site.
Many of the articles on Light from the Right first appeared on either The New American or the McAlvany Intelligence Advisor.