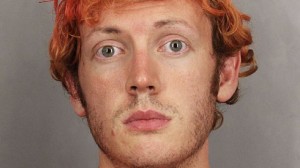 With 12 dead and at least 38 wounded, some seriously, the shootings in Aurora, Colorado, 10 miles west of Denver, have so far raised more questions than answers.

On July 20 at 12:30 a.m., James Egan Holmes, age 24, set off some kind of explosive smoke bomb, presumed to be a tear gas bomb, inside the Century Aurora 19 movie theater that was showing the new Batman movie The Dark Knight Rises, and then began systematically shooting customers as they fled from the theater.

Local police cordoned off the area as injured patrons were taken to local hospitals. More than 100 FBI agents swarmed the area. Holmes was found hiding behind a vehicle in the parking lot and was taken into custody without incident.

As might be expected, President Obama and Republican presidential candidate Mitt Romney expressed their shock and surprise, and each indicated that they were praying for the victims and their families.

There appeared to be few parallels to the Columbine High School shootings in April, 1999, when two students, working together and following a plan, murdered 12 students and one teacher, and injured 21 other students in a rampage that ended when the two shooters committed suicide. Nor were there parallels to the Fort Hood shootings by Major Nidal Hasan that occurred in November 2009, resulting in the deaths of 13 soldiers and injuries to 29 more. The only parallels to those tragedies appear to be that the victims were unarmed, which allowed the shooters plenty of time to shoot, reload and then shoot again.

But there are plenty of unanswered questions, some of which will be answered in the next few hours and days. Some of the obvious ones are:

In one of his most famous quotes, President Franklin Roosevelt said: “In politics nothing is accidental. If something happens, be assured it was planned this way.”

The shootings in Aurora are a long way from politics, but the questions being raised that don’t yet have answers will help observers to learn if this is just a horrific, but isolated, incident, or if it will be deliberately turned to the advantage of those at war with America.

That’s the biggest question of all.

2012 Elections Conspiracy FBI Gun Control Hillary Clinton Military Mitt Romney Obama Republican Second Amendment Treaty United Nations War
This entry was posted on Tuesday, July 24th, 2012 at 12:17 pm and is filed under Constitution, Foreign Policy. You can follow any responses to this entry through the RSS 2.0 feed. Both comments and pings are currently closed.
Many of the articles on Light from the Right first appeared on either The New American or the McAlvany Intelligence Advisor.