Who Are the Real Insiders?

David Rockefeller, himself, wrote, “For more than a century ideological extremists at either end of the political spectrum have seized upon well-publicized incidents such as my encounter with Castro to attack the Rockefeller family for the inordinate influence they claim we wield over American political and economic institutions. Some even believe we are part of a secret cabal working against the best interests of the United States, characterizing my family and me as ‘internationalists’ and of conspiring with others around the world to build a more integrated global political and economic structure—one world, if you will. If that’s the charge, I stand guilty, and I am proud of it.” 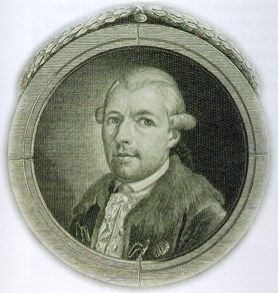 In the hurly burly of the real world, I rarely have the time to step back and look at the big picture. The trees get in the way of seeing the forest, so to speak.

But back when I was investigating the John Birch Society in the 60’s, I took the time to look into the society’s—specifically Mr. Welch’s—allegations that there was—is—a secret group of people whom he called “insiders” who really pulled—pulls—the strings behind the scenes.

This article reminded me of those days and my struggle to grasp the provable reality that there really were immeasurably evil individuals seeking to impose their will on mankind.

I remember doing significant research in preparation for a speech on the history of the conspiracy. I went all the way back to the Illuminati and Adam Weishaupt (today you can even find a listing at Wikipedia about him). I only gave that talk twice because it was so upsetting to me. I found myself confronting the ultimate evil: Satan himself.

It was inescapable. The confrontation upset me and kept me awake at nights. When I had an opportunity to look into the JFK assassination I discovered the same dark force and I had to put the book away.

Who runs the world?

When Jesus was tempted by Satan in the wilderness, Satan offered Jesus the kingdoms of the world. From Matthew, chapter 4, verses 8-10:

Once again, the devil took him [Jesus] to a very high mountain, and showed him all the kingdoms of the world. “All these,” he said, “I will give you, if you will only fall down and do me homage.”

Satan could offer to give these to Jesus because Satan owned those kingdoms. One cannot give away what one doesn’t own.

That’s who runs the world.

Conspiracy John Birch Society John F. Kennedy The New American
This entry was posted on Monday, July 23rd, 2012 at 3:50 pm and is filed under History. You can follow any responses to this entry through the RSS 2.0 feed. Both comments and pings are currently closed.
Many of the articles on Light from the Right first appeared on either The New American or the McAlvany Intelligence Advisor.