Sorry, Rising Corn Prices Not Due to Inflation

Jeff Carter: Grain Prices Could Be The Nail in the Economic Coffin

So far, the Federal Reserve has been extremely lucky. They have held interest rates at 0%. They have monkeyed with the market mechanism of the economy via quantitative ease, and Operation Twist. It recently has come out that regulators knew about the LIBOR deception back in 2008. But they can’t control the price of food. 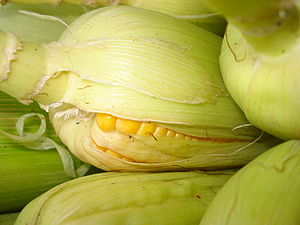 I don’t know Jeff Carter. But he has put his finger on something that I think needs more air time: despite the Fed’s huge expansion of the money supply and the forcing down of short term interest rates, the economy is still in the doldrums. In fact I wrote recently in The New American that we’re already in recession despite all those efforts.

But some people see the price of grains—wheat and corn prices specifically—heading much higher and think: “it must be the Fed.” They expand the money supply, making each piece of money worth less, and that shows up by requiring more pieces to buy corn and wheat. In a general sense that is true. But not here, and not now.

First of all, in order for increases in the supply of money to show up in the market place and grocery stores, people have to spend it. And there’s a measure of that “propensity to spend”—it’s called the velocity of money. It’s how quickly money is exchanged in the economy. There’s even a chart that shows the velocity of money which you can access at GaryNorth.com. It’s part of free information on his site: just look on the left for “Federal Reserve graphs” and you’ll find it.

The velocity of money has dropped to near record lows. So there’s plenty of money, but people are hoarding it, or paying off debts. So there’s no price inflation. At least not yet.

What then is happening to the price of wheat and corn? It is responding to market forces! There’s a drought. It’s causing much lower production of grains. Lower supply, same demand, voila! Prices go up.

And they will come back down. Maybe not in the next week. But in the free market, things happen to make prices go back down. Farmers (around the world) will see high prices and offer their products here for sale. Farmers will expand their fields and commit more of them to growing grains. Voila! Increased supply, same demand, lower prices!

It’s a wonder to behold. Just don’t blame it on the Fed.

Central Bank Economy Federal Reserve Fiat Currency Interest Rates John Birch Society Money Supply Paper Money Recession The New American
This entry was posted on Saturday, July 21st, 2012 at 3:47 pm and is filed under Economics. You can follow any responses to this entry through the RSS 2.0 feed. Both comments and pings are currently closed.
Many of the articles on Light from the Right first appeared on either The New American or the McAlvany Intelligence Advisor.