NOT The Most Important Election of Our Lifetimes

Bob Beauprez: What Patriots Can Learn to Do

It seems that virtually everyone agrees that the upcoming election in November is the most important in our lifetimes. And, while many people do engage in supporting candidates, the vast majority of citizens remain on the sidelines. Barely half of the eligible population bothers to vote even in a presidential election. Only a small fraction of the people ever step up to volunteer to help or write a check. 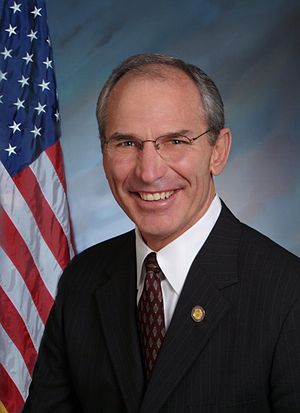 I like Beauprez. He’s a “gut” conservative, meaning that he basically is conservative without having studied it by attending LPR or immersing himself in some other conservative program. But this time his premise is wrong. This isn’t the “most important election in our lifetimes.”

That’s just plain bunk. I learned that the hard way. Back in 1976, when Jimmy Carter was running for president, and likely to win, I thought that was going to be the last election to be held in America. I considered myself to be well-read. In 1967 I was introduced to the John Birch Society through a man who later became a very good friend. I fought it. I resisted it. I read everything I could about it (the society). It made some outrageous claims, and then proceeded to back them up with proof.

I remember reading Mr. Robert Welch’s book, “The Politician” about President Eisenhower. My folks thought Eisenhower was practically a saint. I remember working on his campaign, handing out literature (I was 16 in 1956, when Ike was running for reelection). Mr. Welch proceeded to dismantle, piece by piece, the image created by the media, and bought into by my folks, and then filled the last half of his book with footnotes and sources that proved his allegations. I was devastated.

I joined the JBS and continued on a quest to read…and read…and read (that continues to this day–I still feel like I’m chasing a bookmobile down the road, but not getting any closer!). By 1976 I figured I was pretty well read, and had things figured out. And one of those things was that the insiders had arranged for Jimmy the Peanut to be our last “elected” president and that he would install martial law upon taking the White House.

Imagine my surprise when life pretty much continued along as it had previously. Freedom shrank a little, but then expanded when Reagan took the White House in 1980.

So, no, Bob, I don’t think this election “is the most important election in our lifetimes.” It is an important election, sure, but much more is going to be decided in November in the House and the Senate and in the states and cities and municipalities. That’s where the battle for freedom is being fought, and being won.

2012 Elections Colorado Conservative Eisenhower Freedom Jimmy Carter John Birch Society Senate The New American
This entry was posted on Saturday, July 21st, 2012 at 10:04 am and is filed under Politics. You can follow any responses to this entry through the RSS 2.0 feed. Both comments and pings are currently closed.
Many of the articles on Light from the Right first appeared on either The New American or the McAlvany Intelligence Advisor.