What if Pension Plans Fail to Earn Assumed Rates of Return?

CalPERS is both corrupt and incompetent.  If it were a private firm, the lies about return on investments would send executives to jail and billions in lawsuits filed.

“The California Public Employees’ Retirement System (CalPERS) is the biggest public pension in the country. It is also deeply underfunded. Depending on the measure used, they have just 55-75% of money needed for future expenses while 80% is considered the minimum to be safe. Their return is currently less than 99% of big pension funds.

On March 12, CalPERS voted to lower their expected return from 7.75% to 7.5%, ignoring the advice of their own chief actuary that it should be 7.25%. More than a few investment professionals consider a projected rate of 7.75% to be unrealistically high in these times and question whether 7.25% is realistic.”

Now we know that CalPERS is in the lowest 1% of all pension funds—what else would you expect from a California government agency? 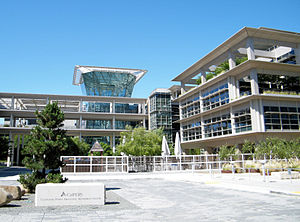 I wrote about this a while back. Adjusting expected rates of return by one-quarter of one percent to 7.50% in a zero interest rate environment isn’t just unrealistic, it’s fraudulent, in my opinion. Mish Shedlock is right: these guys ought to go to jail.

But the bigger picture here is not just that CalPERS is underfunded, it’s that most pension plans in the country are underfunded. And the amounts we’re talking about are staggering – more than $2 trillion.

But it should be closer to $5 trillion if the plan contributions were based on more—much more—realistic rates of return.

Let’s do the math. Millions of pensioners—present and future—are looking at their statements and are counting on those fake numbers as real, and making false plans for themselves based on those fake numbers. How would you like to be looking at your pension statement where it says that in, say, October 2014 you can start taking out $1,750 every month from your plan, for the rest of your life—perhaps even adjusted for inflation by a COLA. But when you get to October 2014 you discover that there’s only enough money to pay out $900, and that’s without the COLA (Oh, you didn’t know? They took that out—couldn’t afford it!).

And so people are in for a rude shock and surprise—all because some blokes running the money aren’t willing to face reality. And that’s being kind.

Environment Inflation Pension Retirement Unions
This entry was posted on Friday, July 20th, 2012 at 7:45 pm and is filed under Economics. You can follow any responses to this entry through the RSS 2.0 feed. Both comments and pings are currently closed.
Many of the articles on Light from the Right first appeared on either The New American or the McAlvany Intelligence Advisor.