Economy Tipping Over Into Recession, Again 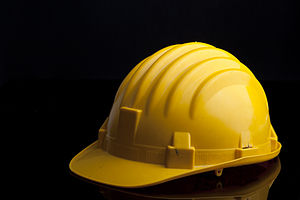 When shipping and supply managers were quizzed about their current outlooks by two separate reporting agencies, their answers were the same: Orders are slowing and so is production of manufactured goods. The Purchasing Managers’ Index (PMI), released in late June, and the Report on Business of the Institute of Supply Management (ISM), which was released on Monday, each showed significant slowing. The PMI’s manufacturing index came in at its lowest level since last July, while new orders for durable goods (autos and appliances) fell sharply in June, continuing a trend downward since early spring. It also showed a decline in the backlog of orders, the first since last September.

According to the ISM, its index fell below 50 for the first time since July 2009, indicating continuing contraction in the manufacturing sector of the economy and echoing the PMI’s report. What was startling in the ISM’s report was the decline in new orders: down by an astonishing 12.3 percentage points in the month of June. ISM’s production index also declined severely, by 4.6 percent, and was down by 10 percent since the end of March.

Retailers’ inventories are climbing as well, indicating lack of demand by consumers. More troubling was ISM’s index of new export orders, which has tumbled nearly 12 percent since March, the first month of contraction since June 2009.

The release of the Philadelphia Federal Reserve Bank’s survey showed sharply lower numbers as well, bordering on disastrous. Its index of current activity dropped from an already negative 5.8 in May to a minus 16.6 in June, with nearly 40 percent of the firms in the survey reporting declines in activity compared to just 22 percent reporting increases. New orders and shipments in the Philadelphia region covered in the report fell 19 and 17 percent respectively, in just one month.

The Economics Group at Wells Fargo looked over the numbers and concluded that “today’s report[s] will certainly cause the market to question the sustainability of the economic recovery.”

Even more unsettling than the sharp decline in these numbers was that the so-called “experts” never saw it coming. Bloomberg surveyed 70 economists prior to the release of the ISM report, and not one of them got it right, with the average of their estimates predicting the ISM index to come in at 52. The actual number of 49.7 was a huge miss.

The United States’ economy is being hindered further by weakness in Europe, where manufacturing has declined now for 11 straight months, while its unemployment rose to 11.1 percent, the highest since 1995 when such statistics were first recorded.

Auto and light truck sales also declined to a 13.7 million annual rate in May, down from April’s 14.4 million pace and the lowest for the year. By comparison, the auto industry sold nearly 17 million units every year between 2000 and the start of the Great Recession.

The reason these numbers are important is not because manufacturing represents such a large part of the American economy (about 13 percent) but because of what they say about consumers’ attitudes and behavior. As economist Gary North put it:

Why is [the PMI] a leading indicator? Because it indicates customers’ willingness to buy new stuff, as distinguished from continuing services. Buyers can more easily defer buying hard goods than services….

Manufacturing declines tell us that customers are lightening up. The fall in new orders says they are tightening sharply.

When shipping and supply managers were quizzed about their current outlooks by two separate reporting agencies, their answers were the same: Orders are slowing and so is production of manufactured goods. ThePMI, released in late June, and the Report on Business of the Institute of Supply Management (ISM) which was released on Monday, each showed significant slowing. The PMI’s manufacturing index came in at its lowest level since last July, while new orders for durable goods (autos and appliances) fell sharply in June, continuing a trend downward since early spring. It also showed a decline in the backlog of orders, the first since last September. Lakshman Achuthan’s call back in September is turning out just about as he predicted. The co-founder of Economic Cycle Research Institute (ECRI), Achuthan has had his hands full responding to doubters and scoffers at his prediction that not only had the economy already entered a new recession but that “it’s going to get a lot worse.” At the time he added:

The vicious cycle is starting where lower sales, lower production, lower employment and lower income [leads] back to lower sales…. You haven’t seen anything yet….

A new recession isn’t simply a statistical event. It’s a vicious cycle that, once started, must run its course.

As the economy appeared to rebound a little bit, Achuthan defended his bearish call. In March he reiterated:

Since our recession call five months ago the definitive hard data [we] used to determine official recession dates have gotten worse, not better, despite the consensus view [that] things have been improving.

George Vrba, at AdvisorPerspectives.com, has refined ECRI’s predictive model on the economy even further and has concluded that the U.S. economy has already entered a recession. But it will take the National Bureau of Economic Research (NBER)—the official statistical group in charge of announcing such events—several months to catch up with reality and declare, just in time for the election, that, yes, the U.S. economy has been in recession since May.

Auto Industry Central Bank Double-Dip Recession Economy Federal Reserve Fiat Currency Gary North Great Recession Obama Paper Money Real Estate Recession Spending Statistics Unemployment Wells Fargo
This entry was posted on Sunday, July 8th, 2012 at 12:37 pm and is filed under Economics. You can follow any responses to this entry through the RSS 2.0 feed. Both comments and pings are currently closed.
Many of the articles on Light from the Right first appeared on either The New American or the McAlvany Intelligence Advisor.