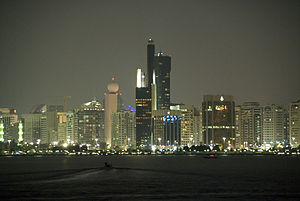 With the publication of his careful study, “Oil: The Next Revolution,” internationally respected economist and senior fellow at Harvard University Leonardo Maugeri has persuasively buried the theory of “peak oil” beneath 75 pages of evidence to the contrary. He wrote:

Contrary to what most people believe, oil supply capacity is growing worldwide at such an unprecedented level that it might outpace consumption. This could lead to a glut of overproduction and a steep dip in oil prices….

After adjusting for risk factors…net additional production capacity by 2020 could be 17.6 mbd [million barrels per day], yielding a world oil production of 110.6 mbd by that date….

This would represent the most significant increase in any decade since the 1980s.

At present total world production of oil is estimated at 73 mbd, and so if Maugeri is correct, that 110 mbd production will be 50 percent higher than today. That will confirm Maugeri’s prediction this “could be a paradigm-shifter for the oil world.”

Maugeri’s credentials are impressive. For 10 years he was the senior economic advisor to Italy’s largest industrial company, Eni S.p.A. (originally known as Ente Nazionale Indocarburi), which is a multinational oil and gas company, and managed a turnaround in its fortunes from 2000 to 2005 when the company increased its production by 60 percent. That earned him a promotion to senior executive vice president of strategies and development. He successfully called the top in crude oil prices in 2008, when oil was selling at $145 a barrel, and in March, 2012, when he was putting the finishing touches on the present study, he wrote:

When I completed the first version of this paper (March 2012)…the forces I was describing starting pushing [oil] prices down. Yet at this writing, most people remain convinced that fundamentals are still in favor of rapid recovery of oil prices. My feeling is the opposite.

Indeed, the price of crude oil hit a high of $111/bbl in late February, and is now just above $80/bbl and declining.

With the discovery of new shale oil fields and the continuing improvements in new technology allowing development of those fields, the United States is rapidly approaching self-sufficiency:

The natural endowment of the initial American shale play, Bakken/Three Forks in North Dakota and Montana, could become a big Persian Gulf producing country within the United States.

But the country has more than twenty big shale oil formations, especially the Eagle Ford Shale, where the recent boom is revealing a hydrocarbon endowment comparable to that of the Bakken Shale.

And this isn’t just some temporary accident that is in danger of petering out in the near future. Maugeri noted:

The shale/tight oil boom in the United States is not a temporary bubble, but the most important revolution in the oil sector in decades. It will probably trigger worldwide emulation over the next decades that might bear surprising results—given the fact that most shale/tight oil resources in the world are still unknown and untapped.

So impressive is this increase in crude oil development and its coming production that Maugeri concluded that America could, in fact, become self-sufficient:

The Western Hemisphere could return to a pre-World War II status of theoretical self-sufficiency, and the United States could dramatically reduce its oil import needs.

The virtual explosion in energy supplies is being augmented substantially by increases in the development and production of natural gas to the point where it’s making sense for producers to sell it overseas where prices are five to six times higher than in the United States.

In fact, according to the U.S. Energy Information Administration (EIA), supplies of natural gas being withdrawn from wells has increased from 1.77 mcf (million cubic feet) in July 2005 to nearly 2.5 mcf in April this year, a gain of 38 percent.

This is part of the explanation for the optimistic outlook expressed by authors Peter Diamandis and Steve Kotler in their recent book“Abundance” in which they outline four forces—including the exponential increases in technologies—that are going to close the worldwide gap between rich and poor. That gap is going to close primarily due to the great reductions that are coming in the price of energy. Say the authors:

Energy is arguably the most important lynchpin for abundance. With enough of it, we solve the issue of water scarcity, which also helps address a majority of our current health problems. Energy also brings light, which facilitates education, which, in turn, reduces poverty.

One of many rueful ironies the authors use to prove their point is how the Abu Dhabi Energy Company is now building the city of Masdar, which will:

soon house 50,000 residents, while another 40,000 work there. They will do so without producing any waste or releasing any carbon. No cars will be allowed inside its walls.

Abu Dhabi is the fourth-largest OPEC producer, with 10 percent of [the world’s] known reserves.

All of which makes it interesting that they’re willing to spend $20 billion of that wealth building the world’s first post-petroleum city.

The only thing likely to get in the way of this coming abundance driven by new supplies of cheaper and cheaper energy is the authoritarian government being implemented in the United States, especially and particularly the Department of Energy. In order for energy companies in the United States to export natural gas , they have to get permission from President Obama’s energy czar, Steven Chu, who would much prefer a global “glucose economy” in which glucose from tropical plants is shipped around the world instead of oil.

We need to support the businesses that are creating quality jobs by allowing them to compete in the global market, and I hope that Secretary Chu will speed up the approval process in a responsible way to permit producers of LNG [liquid natural gas] to export their products to consumers around the world.

Unless government gets out of the way, Maugeri’s study will only reflect lost opportunities. But the authors of Abundance take a longer, and more encouraging, view:

Department of Energy Economy Energy Jobs North Dakota Oil Prices OPEC Technology War
This entry was posted on Friday, July 6th, 2012 at 5:48 am and is filed under Economics. You can follow any responses to this entry through the RSS 2.0 feed. Both comments and pings are currently closed.
Many of the articles on Light from the Right first appeared on either The New American or the McAlvany Intelligence Advisor.