PBGC, Another Government Agency, is Under Water 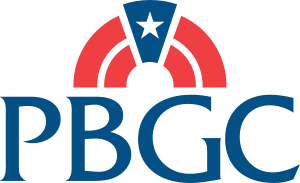 It is great progress and good news that American recognizes that can reorganize successfully and preserve its employees’ pension plans.

We’re also glad the company is willing to work with us to preserve their pilots’ plan too.

Flimsy doesn’t describe adequately the condition of PBGC’s financial statement. According to its annual report for 2011 it already has more than it can handle. Designed as a backstop for failing pension plans back in 1974, SBGC now has promised more than 1.5 million retired and soon-to-be-retired pensioners $107 billion as a result of pension plans that were underfunded or were the residue of company bankruptcies. Unfortunately SBGC only has $81 billion in the bank, leaving the agency with its worst deficit in 37 years: $26 billion. If the AMR bankruptcy had required PBGC to step to the plate to rescue its plans, CBGC’s deficit would have jumped to $35 billion.

Gotbaum says that his agency has never taken a dime of taxpayer money, and doesn’t want to. All it will take is an increase in the premiums it charges to the 44 million pensioners it currently covers under some 27,000 pension plans. But that will take a miracle.

The plans that SBGC backstops are defined benefit plans: they pay out to a retiree an amount based on his salary levels prior to retirement, and not on how much is in his plan. If there isn’t enough money in the plan, the company has to come up with the difference. If the company can’t, then PBGC steps in to help out.

There are at least three reasons why an increase in premiums isn’t likely to happen. First, it would increase pension costs to the companies, which in this never-ending time of economic malaise is the very last thing they need.

Second, most of these plans have been imposed (through “negotiations”) by unions onto the companies as part of the promise unions have made to its members to guarantee them their retirement benefits. Those unions have little interest in raising premiums onto the companies as that would increase the incentive for them to change from defined benefit plans to defined contribution plans: the kind where the benefit is based upon what’s in the plan, not what’s in the union-negotiated deal. That would take away one of the major selling points to joining a union in the first place.

But thirdly, the amount of increase in premiums required is staggering. According to a study done back in 2005 (long before the PBGC found itself in such trouble) by the Congressional Budget Office, the CBO said:

Putting that into perspective, if the current premium is $9 per plan participant today, to bring the PBGC back into some sort of reasonable financial equilibrium with the promises it has made would require that premium to increase to $58.50 per participant—an increase of 650 percent. And that study by the CBO is nearly 7 years old.

No one in Congress wants to touch this issue. Senator Robert Casey (D-Pa.) tried in the last Congress to make explicit the implicit promise that the federal government would actually formally, in writing, backstop the PBGC but it failed to gain traction. And that’s part of the problem. From the beginning the PBGC was set up as an “independent” agency that would be self-sufficient based on those premiums. As Director Gotbaum noted:

It would be better and fairer [for us] to follow the practices of private insurance companies: base a company’s premium on its own financial condition and that of its pension plan…

Of course, there’s opposition to the proposal. [If that opposition succeeds, those premium increases] might end up being [paid by] the taxpayers.

And thus it is always so. Those two giant “independent” government-sponsored-entities (GSEs) Fannie Mae and Freddie Mac had to be bailed out with taxpayer money, to the tune of some $116 billion. PBGC is in good company.

Bankruptcy CBO Deficit Fannie Mae Federal Government Freddie Mac Insurance Pension Retirement Unions
This entry was posted on Wednesday, July 4th, 2012 at 6:08 am and is filed under Economics. You can follow any responses to this entry through the RSS 2.0 feed. Both comments and pings are currently closed.
Many of the articles on Light from the Right first appeared on either The New American or the McAlvany Intelligence Advisor.