American Families Lose 40% of Net Worth to Housing Bubble 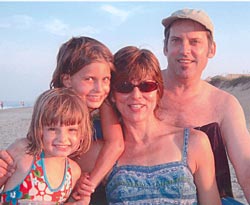 The release last week of the Federal Reserve’s much-anticipated three-year study of America’s finances, its Survey of Consumer Finances, confirmed what many families already know: Between 2007 and 2010 the average family’s net worth declined by nearly 40 percent, mostly because of the decline in housing prices. The Fed study also confirmed that their incomes also fell significantly in real terms, by nearly eight percent.

It was during this period that the country’s Gross Domestic Product (GDP) dropped by more than five percent between the third quarter of 2007 and the second quarter of 2009 while unemployment jumped from 5 percent to 9.5 percent. But the seeds of the decline in net worth had been sown decades earlier as politicians, aided by the media, successfully persuaded Americans that home ownership was to be desired greatly.

By reducing interest rates, giving tax breaks on the deductibility of interest paid on home mortgages, and encouraging (some would say forcing) banks to reduce lending standards, the stage was set for the housing bubble. That bubble burst in late 2007 and the decline in housing prices that continues to the present day has had its impact on America’s families.

Following the end of the Second World War, there were many reasons that housing prices should have gone higher: the return of soldiers wanting to start families, the pent-up demand for consumer goods, the beginning of the baby boom, and the long decline in long-term interest rates. And yet, according to economist Robert Shiller, real home prices increased by only about one percent a year, after inflation. But home prices exploded starting in the late 1990s, averaging four percent a year, thanks to politicians’ determination that everyone should own a home, and the Federal Reserve’s willingness to keep interest rates abnormally low to encourage the necessary borrowing.

Since most of the wealth of America’s middle class is in real estate, the impact of the implosion of housing prices on its balance sheet isn’t surprising. According to the Fed study, the median home equity plummeted from $110,000 in 2007 to $75,000 in 2010. And this study is based on data that is nearly two years old, so the continuing decline in housing prices isn’t reflected.

But lessons are being learned, albeit painfully. Americans have been paying down, and paying off, their credit cards to the point where one in four families have no debt at all, and those with credit cards are carrying smaller balances, down by 16 percent to just $2,600 per card. They’re also learning that housing isn’t a good investment, nor was it ever intended to be. Stan Humphries, chief economist for the real estate website Zillow.com, wrote:

There is no iron law that real estate must appreciate. All those theories advanced during the boom about why housing is special—that more people are choosing to spend more on housing, that more people are moving to the coasts, that we are running out of usable land—didn’t hold up.

The distortion of the markets was also noted by Barry Ritholtz of the equity research firm Fusion IQ: “The experience we had from the late 1970’s to the late 1990’s was an aberration. People shouldn’t be holding their breath waiting for it to happen again.”

It is likely that when the Fed revises its study to include the period from 2011 to 2014, it will show further declines in both real incomes and real net worth. Paul Craig Roberts, former Assistant Secretary of the Treasury and an associate editor of the Wall Street Journal, excoriated the government for inducing this distortion by noting that rules allowing banks to gamble with customers’ funds while being backed by taxpayers in the event of losses will continue to put the middle class at risk:

Financial deregulation converted the financial system, which formerly served businesses and consumers, into a gambling casino where bets are not covered. These uncovered bets, together with the Fed’s zero interest rate policy, have exposed Americans’ living standards and wealth to large declines. Retired people living on their savings and investments, IRAs and 401(k)s…earn nothing on their money and [as a result] are forced to consume their capital, thereby depriving heirs of inheritance. Accumulated wealth is consumed.

As a result of jobs offshoring, the US has become an import-dependent country, dependent on foreign made manufactured goods, clothing, and shoes. When the dollar exchange rate falls, domestic US prices will rise, and US real consumption will take a big hit. Americans will consume less, and their standard of living will fall dramatically.

What Roberts is predicting is the continuing erosion of the wealth of America’s middle class as noted by the Fed study. That erosion will likely accelerate as the economy inevitably slides back into recession, burdened not only by excessive regulation and other interventions by the government but also by declining expectations for the future by the middle class that things are going to get better soon.

Central Bank Double-Dip Recession Economy Federal Reserve Fiat Currency GDP Inflation Interest Rates Jobs Paper Money Real Estate Recession Unemployment Wall Street
This entry was posted on Thursday, June 14th, 2012 at 5:25 am and is filed under Economics. You can follow any responses to this entry through the RSS 2.0 feed. Both comments and pings are currently closed.
Many of the articles on Light from the Right first appeared on either The New American or the McAlvany Intelligence Advisor.