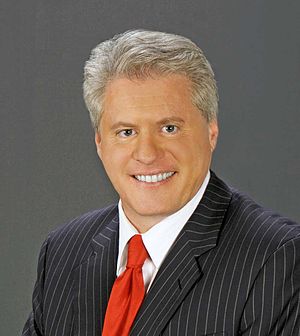 Root predicted back in December that Romney, behind in most polls at the time, would win the Republican nomination in Tampa in August. He also predicted then that Romney would beat Obama in November and has found no good reason since then to change his mind: “Today I am even more convinced of a resounding Romney victory.”

Root looked at several key “voting blocs” and concluded that Obama is slipping, sometimes badly, in each of them:

To that last point: Israel National News (INN) reported that President Obama has the support of 64 percent of Jewish registered voters, a full 14 percent less than the percentage of Jews who voted for him in 2008. This drop is, according to Gallup which did the polling, “five points worse than his decline among all registered voters compared with 2008.” And Romney is faring better among Jewish voters as well. According to the Republican Jewish Coalition, the 29 percent of Jewish voters favoring Romney is “the highest level of Jewish support for a Republican candidate in 24 years.” One of Romney’s campaign advisors on Jewish and Israel issues, Tevi Troy, said, “If a Republican candidate gets in the 30s, they’re almost certain to win.”

With five months to go, the major polls are showing a much closer race than Root is predicting. Fox News shows the two candidates even, while Monmouth University shows Obama with a four-point lead over Romney. The New York Times shows Obama with a slim lead, with Pollster giving Obama the edge. Intrade.com shows the chances of a victory by Obama at 53 percent, but declining from 62 percent in the middle of April. Investor’s Business Daily’s poll shows Romney over Obama by four points, and Rasmussen has Romney ahead by three points.

Five months is a long time. Mistakes can be made. Challenges by delegates committed to Ron Paul and Rick Santorum in Tampa could upset Romney’s apple cart. The economy might finally begin to rebound, giving Obama momentum going into the election. The potential for exogenous events impacting the vote is huge. But if Root is right, and the election goes as he is predicting, it could be a runaway for Romney. In 1980, it was no contest: Ronald Reagan beat incumbent President Jimmy Carter by 50.7 percent to 41.0 percent in the popular vote, and by 489 to 49 in the Electoral College.

2012 Elections Conservative Democrat Economy Jimmy Carter John McCain Libertarian Mitt Romney Obama Polls Rasmussen Republican Rick Santorum Ron Paul Ronald Reagan Small Business War
This entry was posted on Wednesday, June 13th, 2012 at 10:32 am and is filed under Politics. You can follow any responses to this entry through the RSS 2.0 feed. Both comments and pings are currently closed.
Many of the articles on Light from the Right first appeared on either The New American or the McAlvany Intelligence Advisor.