State and Local Pension Plans Underfunded by Half 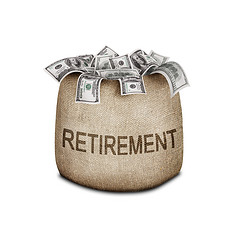 The latest report from the nonpartisan Center for Retirement Research (CRR) at Boston College was brutal in its assessment of the status of state and local pension plans and their ability to keep their promises to their beneficiaries and retirees.

Since 1999, the last time the 126 plans that CRR tracks showed that they were fully funded—that is, contributions from states, cities and municipalities were matching the plans’ increases in liabilities—those plans now show that, on average, they are underfunded by 25 percent. But when those plans are adjusted for the real world, where interest rates are at historic lows, those plans are underfunded by 50 percent. Put another way, those states, cities and municipalities—and their taxpayers—would have to double their contributions to those plans just to have any chance of them avoiding default on their promises to those depending on them for their retirement.

Here’s how CRR explains it:

The ratio of assets to liabilities for our sample of 126 plans slipped to 75 percent in 2011. These funded ratios, however, are based on liabilities [that are discounted] by the expected long term yield on plan assets [of] roughly 8 percent…

[However] using the riskless rate, as advocated by most economists for reporting purposes…shows an aggregate funded ratio in 2011 of 50 percent.

Who is earning eight percent these days? Despite promises derived from guesses by pension actuaries that pension plan assets will grow by eight percent every year for the next 30 years, real results in the real world over the past 10 to 15 years has not even come close. In fact, taking the Standard & Poor’s 500 index (SPX) of stocks as a benchmark, that index today is where it was in January 1999. And the “riskless” rate of return the CRR used? The rate of return on long Treasury bonds issued by the United States government is 3.0 percent. And if outside exigencies such as ageing boomers taking early retirement and the threat of price inflation eating into whatever returns those plans might be able to generate are taken into account, the return to solvency of these plans is close to nil.

CRR says that there is a total of $2.6 trillion of assets on those plans they are tracking but current liabilities under today’s assumption that they can grow by eight percent annually are $3.6 trillion. If the investment assumption is moved down to four percent (still high when compared to current returns), then the liabilities of those plans jumps to a staggering $6.4 trillion.

Reality about rates of return are beginning to set in even among the staunchest deniers. New York City Mayor Michael Bloomberg told legislators in Albany in February:

The actuary is supposedly going to lower the assumed reinvestment rate from an absolutely hysterical, laughable 8 percent to a totally indefensible 7 or 7.5 percent. If I can give you one piece of financial advice: if somebody offers you a guaranteed 7 percent on your money for the rest of your life, you take it and just make sure the guy’s name is not Madoff.

But even the one percent reduction in the investment return assumption from eight percent to seven percent proposed by New York City’s chief actuary, Robert North, would increase that city’s required contribution to its five pension plans by $1.9 billion, on top of the $7.3 billion the city already pays every year. And that current obligation is already soaking up more than a tenth of the city’s budget.

As expected, New York City’s unions are up in arms about North’s recommendation. Harry Nespoli, a union member and chairman of the umbrella group representing the city’s public-employee unions, said that lowering the assumption from eight percent to seven percent isn’t necessary: “They don’t have to turn around and lower it a whole point.” When he was asked why, he responded: “All we can do is what the actuary is doing. He’s guessing. We’re guessing.”

When Rhode Island’s state treasurer persuaded the state’s pension board to lower its assumption—its guess—from 8.25 percent to 7.5 percent, the head of a local union accused her of cooking the books. Said Paul Valletta, president of the Cranston Firefighter Union:

With people’s lives being ruined, the way they will be ruined with this legislation, there is no way to say this diplomatically so I will say it the way it is true. The general treasurer cooked the books on this issue and she has thrown it in your laps…

A similar fate was experienced when the mayor of San Jose, California, Chuck Reed, warned that the current estimate of 7.5 percent on its pension plan obligations was too high: three public-employee unions filed a complaint against him with the Securities and Exchange Commission.

Trustees for Calpers, the California Public Employees’ Retirement System, currently estimate a rate of return of 7.75 percent on its pension assets. When the plan actuary, Alan Milligan, recommended last year that it be reduced to 7.5 percent, the trustees rejected it. This year, he resubmitted the recommendation, to bring it down to 7.25 percent. The trustees agreed to reduce the assumption by one-quarter of one percent, to 7.5 percent. When Milligan was asked what were the chances of the plan obtaining a 7.5 percent return on its assets, he said it was about 50-50. Dan Dunmeyer, who represents the insurance industry on the board of trustees, was shocked:

To me, as a fiduciary, you want to have more than a 50 percent chance of success. [With bad numbers] the impact on the counties won’t be [just] bigger numbers. It will be bankruptcy.

The pushback by citizens against higher taxes to close the gap will be met by similar resistance from pension plan beneficiaries whose benefits are being threatened. At present it’s a silent war that’s about to become much louder.

Inflation Insurance Interest Rates Pension Retirement Taxes Unions War
This entry was posted on Tuesday, June 5th, 2012 at 8:26 am and is filed under Economics. You can follow any responses to this entry through the RSS 2.0 feed. Both comments and pings are currently closed.
Many of the articles on Light from the Right first appeared on either The New American or the McAlvany Intelligence Advisor.