Policing for Profit in Tennessee 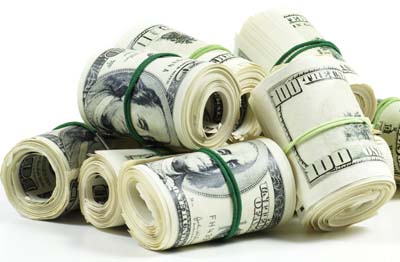 When George Reby was pulled over for speeding in Putnam County, Tennessee, little did he know it was going to cost him $22,000 despite never being charged with a crime.

An insurance investigator from New Jersey, Reby was driving down Interstate 40 on his way to a convention. He had $22,000 in cash with him, rolled up in 22 $1000 packages in a bag, which he intended to use to purchase a car that he had found on eBay. From the video provided by NewsChannel 5 in Nashville, Reby was stopped for speeding and the following conversation between Reby and Office Larry Bates took place:

Bates: Are you carrying any cash?

Bates: Do you mind if I search your vehicle?

From there it all went downhill. Bates seized the money under the suspicion that Reby might be planning to use the money to purchase illegal drugs. When interviewed by NewsChannel 5, Bates was asked why he was suspicious:

Bates: The safest place to put your money, if it’s legitimate, is in a bank account…. It draws interest and it’s safer.

NewsChannel 5: But it’s not illegal to carry cash?

Bates: No, it’s not illegal to carry cash. Again, it’s what the cash is being used for….

NewsChannel 5: But you had no proof that money was being used for drug trafficking, correct? No proof?

Bates: He [Reby] couldn’t prove it was legitimate.

It took four months for Reby to get his money back from the Monterey, Tennessee, police department.

In another equally outrageous example of cash confiscation, which took place at the Houston airport, a family flying to Ethiopia to celebrate their daughter’s birthday disclosed that they had more than $10,000 in cash with them. Their final destination was Addis Ababa, a city that runs mostly on cash. When it was discovered that they had more than $31,000 in cash and travelers checks with them, TSA agents confiscated it all.

In this case Kyle and Berekti Jones had to sue to get their money back. U.S. District Court Judge Lynn Hughes wrote a scathing opinion about the systematic deceit conducted by the four agents involved:

Six officers appeared at the trial, four of whom testified. A “case agent” sat with the government’s counsel. He knew nothing. His sole contribution had been to enter data into a computer; he could not have assisted the United States attorney. In addition to overreaching the people whom they are to serve, three officers wasted one-half day watching four others embarrass themselves.

The government presented no evidence—none—that the Joneses intended to evade the reporting requirements. Kyle told Hernandez that he did not know the amount of money he was carrying. Saying “I do not know” is not a deliberate failure to report. After Hernandez insisted on an answer, Kyle said that he would have to guess. Guessing is not a material omission or a misstatement of fact—certainly not one the government can use to steal the money.

The agency’s official publications say that its officers can help travelers complete the form if they require assistance. Instead of ensuring that the Joneses understood the scope of “monetary instruments” and other reporting requirements, the officers took advantage of their guess. Hernandez instructed Kyle to complete the form before allowing him to count his money, and the others never let them correct it once their guess was shown to have been low.

These public servants sought to earn credit with their agency by collecting money. Some of it is returned to the agency—like justices of the peace whose pay is derived directly from the fines they impose. They focused on bureaucratic imperatives—not their duties to the public and law….

A lack of leadership at the agency allowed this. Its mission statement—which none of the officers could recall at the trial—is to serve the American public with vigilance, integrity, and professionalism. They displayed none of these. The agency says that integrity is its cornerstone; that its officers are guided by the highest ethical and moral principles. A gang of armed security officers bullied this family—a family who cooperated with the officers to their detriment. Our homeland will not be secure by these rascals. They played agency games, abused the people they are to serve, and violated their oaths to support the Constitution.

Hughes ruled that Kyle and Berekti Jones must get their money back, plus court costs.

A battle over civil asset forfeiture is raging in Tewksbury, Massachusetts, where a motel is being seized because, according to the local police and the DEA, it “facilitated” some drug related activity. The owners, Russ and Pat Caswell, are mystified and frightened. The motel has been in the family for two generations and has rented out its rooms more than 125,000 times since 1994, with about 30 drug-related arrests taking place there over that 18-year period. If the taking is successful, it will essentially render the Caswells penniless as they were depending upon the property for their retirement. As George Will put it:

Civil forfeiture law treats citizens worse than criminals, requiring them to prove their innocence. [In the Caswells’ case they have] to prove they did everything possible to prevent those rare crimes from occurring in a few of those rooms.

The Caswells are getting help from a public interest law firm, the Institute for Justice (IJ), which claims that the police and the DEA are violating the Caswells’ rights guaranteed under the Eighth Amendment to the Constitution, which prohibits “excessive fines,” and under the 10th Amendment, which prohibits the federal government from overriding state laws—in this case its reserved power and primary authority in enforcing criminal law.

The IJ says that “civil asset forfeiture is one of the worst abuses of property rights in our nation today” and has published a study, “Policing for Profit,” which examines the issue and rates each state on how easy, or difficult, it is for local police authorities to confiscate private property from citizens without accusation or conviction but merely on “suspicion.” Said Scott Bullock, a co-author of the report,

Bullock’s solution to the continuing and growing outrage of civil asset forfeiture—some $1.6 billion has been confiscated under these laws so far—is simple: Follow the Constitution: “Law enforcement should be required to convict people before taking their property.”

Deceit Federal Government Fourth Amendment Insurance Private Property TSA
This entry was posted on Friday, May 25th, 2012 at 4:41 am and is filed under Constitution. You can follow any responses to this entry through the RSS 2.0 feed. Both comments and pings are currently closed.
Many of the articles on Light from the Right first appeared on either The New American or the McAlvany Intelligence Advisor.