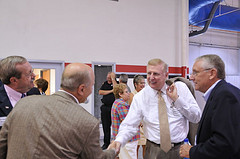 When a local tax preparer in Indianapolis decided to blow the whistle on a scam being used to funnel billions of American taxpayer dollars to illegal aliens through an IRS tax loophole, the resulting story was met with anger and outrage.

Channel 13 WHTR’s reporter, Bob Segall, wrote a two-part expose of the scam and ran it on television on April 26, explaining how it works. The Internal Revenue Code provides for an “additional child tax credit” of up to $1,000 to help working families who have children living at home. It requires that each child live at home for at least six months out of the year. But several years ago illegal immigrants discovered a loophole that allows them to claim as many children as they want—including nieces and nephews—even if they have never stepped foot on American soil.

Illegal immigrants must pay taxes but they can’t obtain a Social Security number. And so to remedy the situation, President Bill Clinton signed into law a solution: Illegals can receive a nine-digit individual taxpayer number—an ITIN—which allows their employers to withhold payroll taxes. When it was discovered that the IRS was lax in determining who actually had children living at home, or not, the scam took off. ITIN claims for the credit totaled $161 million in 2001 but have ballooned to $4.2 billion in 2011.

That’s when the tax accountant decided he’d had enough. He took several dozen tax returns down to Channel 13 to meet with Segal, and blew the whistle:

We’ve seen sometimes 10 or 12 dependents, most times nieces and nephews, on these tax forms. The more you put on there, the more you get back.

There’s an office that is supposed to oversee this sort of behavior by the IRS: the Treasury Inspector General for Tax Administration. Its website explains:

The Treasury Inspector General for Tax Administration (TIGTA) was established under the IRS Restructuring and Reform Act of 1998 to provide independent oversight of IRS activities. TIGTA promotes the economy, efficiency, and effectiveness in the administration of the internal revenue laws. It is also committed to the prevention and detection of fraud, waste, and abuse within the IRS and related entities.

Russell George, the head of TIGTA, knows all about the scam and can’t do a thing about it. He has reported on his findings, to no avail. He told Segall: “The magnitude of the problem has grown exponentially. Millions of people are seeking this tax credit who, we believe, are not entitled to it. We have made recommendations to [the IRS] as to how they could address this, and that have not taken sufficient action in our view to solve the problem.”

When pressed by Channel 13, the IRS responded with a generic statement absolving itself from any blame:

The law has been clear for over a decade that eligibility for these credits does not depend on work authorization status or the type of taxpayer identification number used. Any suggestion that the IRS shouldn’t be paying out these credits under current law to ITIN holders is simply incorrect. The IRS administers the law impartially and applies it as it is written. If the law were changed, the IRS would change its programs accordingly. The IRS disagrees with TIGTA’s recommendation on requiring additional documentation to verify child credit claims. As TIGTA acknowledges in this report, the IRS does not currently have the legal authority to verify and disallow the Child Tax Credit and the Additional Child Tax Credit during return processing simply because of the lack of documentation. The IRS has procedures in place specifically for the evaluation of questionable credit claims early in the processing stream and prior to issuance of a refund. The IRS continues to work to refine and improve our processes.

In short, “take your silly problem down the hall.” But Indiana Congressman Dan Burton (R-Ind.) lives down the hall and he is angry: “Why in the world are we doing this? Are you kidding me? The cost to the American taxpayer is huge! I’m a taxpayer, and the thought of me paying for 24 people who are living in one trailer boggles my mind, especially when you tell me [that] most of them are still living in Mexico. That’s unconscionable!”

Burton and dozens of other members of the House have cosponsored HR 1956, which would give these tax credits only to U.S. citizens by requiring tax filers claiming the credit to provide a Social Security Number instead of the ITIN.

Sadly, this being an election year and the immigration issue a “third rail” in today’s politically charged climate, there is no chance that this bill, even if it passes the House, will see the light of day in the Democrat-controlled Senate. So the scam will continue.

Bill Clinton Corruption Democrat Economy Fraud IRS Scandal Senate Social Security Taxes
This entry was posted on Tuesday, May 15th, 2012 at 11:02 am and is filed under Economics, Politics. You can follow any responses to this entry through the RSS 2.0 feed. Both comments and pings are currently closed.
Many of the articles on Light from the Right first appeared on either The New American or the McAlvany Intelligence Advisor.