The DoJ Wants to Track Your Smartphone Without a Warrant 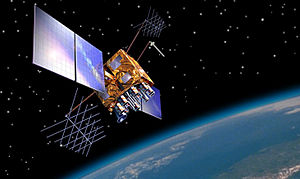 In its relentless never-ending quest for more power to track and follow American citizens through their smartphones, the Department of Justice (DoJ) requested last week that Congress give them easier access to location data stored by cellphone service providers.

Jason Weinstein, a deputy assistant attorney general in the Department of Justice’s criminal division, argued that requiring a search warrant to gain such access would “cripple” his department’s efforts to investigate crime and criminals. Said Weinstein,

There is really no fairness and no justice when the law applies differently to different people depending on which courthouse you’re sitting in.

For that reason alone, we think Congress should clarify the legal standard.

In other words, because the laws protecting privacy vary somewhat depending upon where an individual citizen lives, Congress should come along and override them all and provide a federal, looser standard, all in the name of security.

The increasing sophistication of cellphone and communications technology in general allows service providers to track virtually every movement of an individual, day or night, at home or work, in a bar or on a golf course. Malte Spitz, a German politician and privacy advocate, obtained his own tracking records from Deutsche Telekom (DT), his service provider, and then published what he found.

From August 2009 to February 2010 DT collected 35,831 pieces of location information which was used to build an interactive map of his movements, revealing a virtual profile of his life:

And this is the information the Department of Justice wants access to, just without the hassle of obtaining a search warrant—as required under the Fourth Amendment to the Constitution—before doing so.

The DoJ claims that the Stored Information Act (SCA) should be the model for Congress to follow which allows a lower standard to be applied rather than that of “probable cause” in the Fourth Amendment. Under the SCA only a subpoena issued by an administrative agency along with prior notice of such snooping is necessary which then avoids “crippling” the Department of Justice’s pursuit of justice. The reasoning behind the law is the “third party doctrine”: when a person “knowingly reveals information to a third party [he] relinquishes Fourth Amendment protection in that information.”

Weinstein’s comments have created a significant and growing protest against such demands, especially from the Electronic Frontier Foundation.

For years, we’ve been arguing that cell phone location data should only be accessible to law enforcement with a search warrant. After all, as web enabled smart phones become more prevalent, this location data reveals an incredibly revealing portrait of your every move. As we’ve waged this legal battle, the government has naturally disagreed with us, claiming that the Stored Communications Act authorizes the disclosure of cell phone location data with a lesser showing than the probable cause requirement demanded by a search warrant…

The problem with the DOJ’s position is that it fails to take into account privacy. The only way to ensure “fairness” and “justice,” is to demand that our Fourth Amendment rights not be violated by law enforcement…without your knowledge.

In January, the Supreme Court rule in United States v Jones that it was illegal for FBI agents to plant a GPS device on Antoine Jones’ car without first obtaining a search warrant, and then following him around as part of their investigation of his activities. In that case, Justice Sonia Sotomayer came down on the right side:

I would not assume that all information voluntarily disclosed to some member of the public for a limited purpose is, for that reason alone, [not] entitled to Fourth Amendment protection.

Congress isn’t likely to grant the DoJ such access, at least before the election. On the contrary, Senator Ron Wyden (D-Ore.) and Representative Jason Chaffetz (R-Utah) have proposed a bill that would require the DoJ or any other agency to obtain a search warrant first before proceeding with their tracking of individuals.

It failed to gain traction but it shows the mood of Congress in granting the DoJ any more power in their never-ending quest to track and follow the nation’s sovereign citizens through their cellphones.

Crime Department of Justice FBI Fourth Amendment Internet Privacy Sonia Sotomayor Supreme Court Technology
This entry was posted on Monday, May 14th, 2012 at 4:45 pm and is filed under Constitution. You can follow any responses to this entry through the RSS 2.0 feed. Both comments and pings are currently closed.
Many of the articles on Light from the Right first appeared on either The New American or the McAlvany Intelligence Advisor.