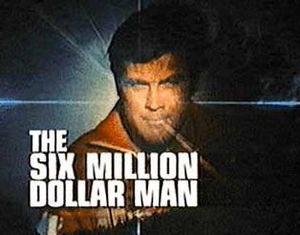 As soon as Automatic Data Processing, Inc. (ADP) announced that hiring slowed in April compared to March, with 199,000 new jobs being the lowest since last September, the experts began scratching their heads. Joel Parkken, chairman of Macroeconomic Advisors which produces the monthly reports for ADP said that “this deceleration seems consistent with other incoming data” and that it also means that Friday’s employment report from the Bureau of Labor Statistics (BLS) will show that the unemployment rate will stay at 8.2 percent, the same as last month.

ADP also revised downward last month’s jobs numbers from 209,000 to 201,000, and indicated that 123,000 service jobs were added in April while manufacturing lost 4,000 jobs. Paul Ashworth, chief U.S. economist at Capital Economics who estimated that job growth would be 175,000 for the month, is now backtracking:

Obviously, the weak ADP reading means that there are now clear downside risks to our estimate…Indeed, it is possible we could see a repeat of March, when payrolls [reported by the BLS] increased by only 120,000.

Looking back over the last five months of ADP data, however, gives a better picture of the economy and jobs. Since November total payrolls have increased by 1 million, or about 200,000 jobs per month. Two-thirds of those jobs were created in the service industry while one-third was in the goods producing sector, with only about 15,000 jobs being created in the heavy manufacturing sector every month.

But this report from the payroll giant, which tracks job growth closely, differs from the survey of purchasing managers surveyed by the Institute for Supply Management (ISM) which showed an improved outlook for factories’ production, with its Factory Index exceeding forecasts. The index climbed to 54.8 (with any index above 50 indicating expansion), which exceeded estimates and is the highest in a year, causing Ellen Zentner, an economist at Nomura Securities, to exude that manufacturing “continues to be a bright spot in the recovery. We have yet to see a drop-off in foreign demand for U.S.-manufactured goods, and that comes despite all the concerns of a showdown in the global economy.”

We seem to have good, strong order books filling up for the next few months, and that bodes well. Things are moving forward…at a good sustainable level, not indicating at this point any slowdown.

Neither does author and economist Daniel Gross, a former columnist for Newsweek magazine and now a contributor to Yahoo! Finance, who is hyping interest in his new book, Better, Stronger, Faster: The Myth of American Decline…and the Rise of a New Economy. Gross is bullish and can explain away any perceived weakness reported by ADP, ISM or the BLS on Friday. He compares the U.S. economy to The Six Million Dollar Man (the astronaut Steve Austin, who crashed to earth and was then rebuilt) in the 1970s TV series:

We can rebuild him, better than he was before: better, stronger, faster.

Like the world’s first bionic man, the U.S. economy has come back—better, stronger, and faster than most analysts expected…

It’s easy to look at the record of the past few years and despair. The U.S. has a very long way to go to make up for lost ground in housing and, especially, in jobs. The resurgence of the corporate sector, which provides ample reason for optimism, hasn’t translated into new positions for the legions of unemployed.

But here, too, there’s positive news. Since February 2010, the private sector, which accounts for 83 percent of all employment, has added nearly 4.1 million jobs, or about 160,000 per month. That’s not sufficient, but it’s a sign that the jobs machine is clearly working again…

And despite all the headwinds, there’s no reason the expansion that started in July 2009 can’t go on as long as the previous three, which lasted 73 months, 120 months, and 92 months, respectively. When the definitive history of this period is written, it is possible—no, likely—that this post-bust era will go down not as a time of economic decline, but as one of regeneration.

Another Wall Street economist, Gary Shilling, isn’t so sure. Writing to his clients in his monthly newsletter Insight for April, he reiterated his concerns about a recession in the US, just as he warned them earlier back in December. At that time Shilling said:

With declining real wages and incomes and low confidence, continuing strength in outlays is unlikely. A 2012 U.S. recession is probable, but milder than the 2007-2009 nosedive, unless another financial crisis unfolds.

After reviewing, in his 21-page analysis, all of the available economic data, which included:

…the U.S. economy is overdue for a[nother] recession. We believe that in 2000, it entered the down phase of the long cycle, and the five to seven years that we believe remain in the age of deleveraging is part of this period of weak economic growth and more frequent recessions.

History, as I’ve shown in past Insights and in [my book] The Age of Deleveraging, reveals an average business cycle length of 3.7 years in the down phase. The economy peaked in the fourth quarter of 2007, 4.25 years ago, so the [current] cycle is long in the tooth.

Here are two Wall Street economists, each with books to sell, and each with contrary opinions on the economy. Each is consistent in taking a long view of the economy but each is consistent in failing to mention the impact on the economy caused by the Federal Reserve’s continued meddling through its policies of fixing the price of money at below market rates. By itself this is sufficient to cause entrepreneurs and venture capitalists to sit on their hands and wait to see what happens next. One thing is certain: these two economists will sell lots of books.

BLS Central Bank Economy Federal Reserve Fiat Currency Jobs Paper Money Private Sector Recession Statistics Stock Market Unemployment Wall Street
This entry was posted on Thursday, May 3rd, 2012 at 4:50 pm and is filed under Economics. You can follow any responses to this entry through the RSS 2.0 feed. Both comments and pings are currently closed.
Many of the articles on Light from the Right first appeared on either The New American or the McAlvany Intelligence Advisor.