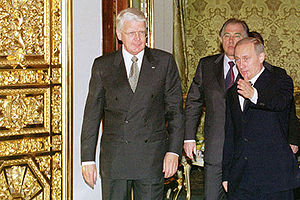 To look at the streets of Reykjavik, Iceland, an alien would be hard-pressed to see any aftereffects of the banking crisis that nearly bankrupted the country in 2008. The capitol of the 40,000-square-mile island just below the Arctic Circle between Greenland and the United Kingdom is the country’s largest city where nearly two-thirds of the island’s 320,000 inhabitants reside. Unemployment is down, economic growth is positive, and its streets are calm.

But it was the center of the financial crisis precipitated in 2008 when one of its three largest banks had a big loan payment coming due and couldn’t come up with enough krona to make it.

If a collapse in the financial sector can bring one of the most stable and secure democracies and political structures to [its] knees as happened [here] in Iceland, then what could it do in [other] countries?

When Iceland’s legislature decided to take over the country’s three largest banks—Glitner, Landsbanki, and Kaupthing—it was discovered that, despite all four credit rating agencies giving them A or better credit ratings, the banks owed an amount that approached six times Iceland’s gross domestic product (GDP). Grimsson, who has been President of this parliamentary republic since 1996, had a decision to make: pump government (taxpayer) funds into them to keep them afloat, or let them go. His decision was precipitated by an unprecedented demand from Gordon Brown, Prime Minister of Great Britain at the time, that Iceland make good on the deposits held by some half million of Britain’s citizens.

Grimsson said no—twice—vetoing efforts by the legislature to bail them out. He said,

It was absolutely very tough indeed. Every big financial institution, both in Europe and in my own country was against me, and there were powerful forces, both in Iceland and Europe, that thought my decision was absolutely crazy.

He faced a financial crisis that transcended the economy. It threatened the entire legal, social, and political structure as well. What made it especially difficult was that Grimsson was a socialist, having approved and encouraged the banks in their explosive growth through borrowing from European banks prior to the crisis. He told Business Insider reporter Adam Taylor:

And I said to myself…in early 2007, if all the credit agencies are giving the Icelandic banks a clean bill of health, these pillars of European banking are doing integral business with the Icelandic banks, these critical voices are not really onto what’s happening. Because neither these credit agencies, nor these pillars of banking would be doing business with the Iceland banks if they were fundamentally unhealthy. But it turned out to be, they were, once the financial crisis happened.

So, among the questions that still have to be answered after the crisis, is why did the credit agencies give the banks such a clean bill of health? What was wrong with their evaluating system? They really haven’t answered that question.

And, secondly, why did these big established pillars of western banking all seek business with the Icelandic banks if they were so unhealthy? And that question has not been answered either.

And when Gordon Brown began to tighten the screws, Grimsson had another decision to make:

In successfully resisting British demands, as well as other pressure to bail out the three Icelandic banks, Grimsson came to learn a most valuable lesson. He allowed Taylor to interview him in order to share that lesson: “I think it is our obligation…to give an open and honest description of our own experience, of the lessons we have learned.”

The most important lesson was that banks, if allowed to grow without limit, knowing that bad decisions can be passed on to others, will ultimately destroy the country:

As everybody knows now, we did not pump public money into the failed banks. We treated them like private companies that went bankrupt, and we let them fail. Some people say we did it because we didn’t have any other option; there is clearly something in that argument, but it does not change the fact that it turned out to be a wise move….

Whereas in many other countries, the prevailing orthodoxy is you pump public money into banks and you make taxpayers responsible for the banks in the long run, and somehow treat the banks as if they are holier institutions in the economy than manufacturing companies, commercial companies, IT companies, or whatever. And I have never really understood the argument: why a private bank or financial fund is somehow holier for the well-being and future of the economy than the industrial sector, the IT sector, the creative sector, or the manufacturing sector….

But there were other issues at stake as well. What the British and the Dutch were arguing was that somehow the European banking system was such that a private bank would operate anywhere in Europe, and if it succeeded, the bankers got extraordinary benefits, the shareholders got big profits. But if it failed, the bill would simply be sent to ordinary people back home: farmers and fishermen, nurses and teachers, young people and old. And that, I maintain, is a very unhealthy formula for the future of the European banking system. If you sent a signal to the bankers that you can be as irresponsible and daring as you want to be, and if you are lucky, you become very rich, but if you fail, other people will pay.

That is the lesson learned from Iceland. By going it alone, against the pressures of common orthodoxy about big banks and their alleged essential role in modern economies, Grimsson is now enjoying the fruits of his decision. The economy is growing, he is thumbing his nose at establishment economists like Paul Krugman who took him to task for his decision, and is especially enjoying increased popularity by being asked to run again for the presidency in June. The high point came last October when, Grimsson said,

We organized a celebratory conference…where we said goodbye to the IMF….

It was attended by Paul Krugman and other prominent economists, as well as some of the leading officials of the IMF. It was very interesting to hear them acknowledge that the IMF had probably learned more from this experience with Iceland than Iceland had learned from the IMF.

It’s hoped that those lessons may be learned and applied elsewhere so that similar situations do not recur elsewhere.

Bailouts Banking Economy Elite Establishment GDP Greece Iceland IMF Italy Paul Krugman Spain Too Big To Fail Unemployment
This entry was posted on Thursday, April 26th, 2012 at 4:17 am and is filed under Economics. You can follow any responses to this entry through the RSS 2.0 feed. Both comments and pings are currently closed.
Many of the articles on Light from the Right first appeared on either The New American or the McAlvany Intelligence Advisor.