The Oil Bubble is Good for U.S. Manufacturing 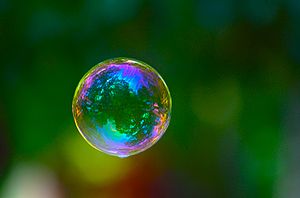 The rising oil production from North Dakota’s Bakken Formation now equals that of Alaska’s Prudhoe Bay for the first time, according to the Wall Street Journal, due to technological breakthroughs such as fracking.

The recent surge in oil prices from under $80 a barrel last summer to over $110 per barrel in February has prompted a flurry of activity by oil producers to get in on the action. The price of leasing properties thought to hold millions of barrels of reserves has exploded, in some cases tenfold, in Pennyslvania, Texas and elsewhere. These are prices not seen since before the onset of the Great Recession in 2007, with Chinese, French and Japanese explorers committing $8 billion just in the last two weeks to secure oil leases.

Marubeni Corporation, a Japanese commodity trader, agreed to pay $25,000 an acre for a piece of Hunt Oil Company’s Eagle Ford shale property in Texas, while Marathon Oil closed on a lease nearby at $21,000 an acre. Leases in Utica shale in Ohio and Pennsylvania jumped ten-fold in just five weeks to $15,000 an acre.

Others, such as Exxon Mobil and Royal Dutch Shell are reconsidering deep-water discoveries in West Africa and in the Gulf of Mexico now that new technologies are making access to them more attractive.

These efforts to secure future prospects for exploration come on top of the continuing remarkable growth of oil production in North Dakota, pushing U.S. oil production above 6 million barrels a day (as of January). With the United States importing about 10 million barrels daily to slake its thirst for petroleum products currently, the time is coming when the U.S. will be a net exporter and that is making some people nervous.

Jeffrey Simpson, writing for Canada’s The Globe and Mail, questioned Canada’s assumption that the United States would always be a market, if not the prime market, for its own vast oil resources. He asked:

What if the U.S. becomes an oil exporter, no longer needing anyone else’s oil? The change…for Canada would be immense.

Indeed, it’s not too far-fetched to say that all the assumptions on which Canada has based its fossil-fuel industries can no longer be taken as axiomatically correct.

Raymond James, an investment management company, suggests that the United States could be completely self-sufficient in less than eight years, while Wood Mackenzie, an energy consulting firm, estimates that the U.S. might be a net exporter of oil and petroleum products by 2030.

Numerous observers are suggesting that all of this represents a “top” in the price of oil, an “oil bubble” that has already started imploding. The U.S. Energy Information Administration (EIA) has just reported that U.S. consumers have cut back substantially on their oil and gasoline consumption in the face of high prices, just as free market economists would predict. And with the slowdown in Europe and in China, there is the beginning of price competition that is starting to show up in the price of oil. Having hit a top in early February, oil is now closing in on $100 a barrel, a decline of 10 percent, with experts predicting further declines.

The natural result of high prices being the best way to solve the problem of high prices (by bringing on additional supplies, which lowers the price!) is already being felt by the U.S. economy. Oil produced from shale “is a gift that American entrepreneurs, the wildcatters, the oil and gas drillers, have given the country,” said Dow Chemical’s CEO Andrew Liveris.

Dow is restarting one ethylene (an intermediate by-product from refining oil into gasoline) plant in Louisiana next year with plans to build a new one expected to be operational by 2017. Royal Dutch Shell is building an ethylene plant in the Appalachia region (Pennsylvania, Ohio and West Virginia), while Chevron, ConocoPhillips are exploring similar opportunities.

Lower oil prices will favorably impact the auto industry because so much of modern automobiles are made of synthetic, oil-based parts. Cal Dooley, president of the American Chemistry Council (ACC), says that lower prices of natural gas and the expected lower prices of oil “means both international and American companies are now looking at the US as the preferred location for new investment.” He added:

Even in the auto industry we are starting to see a response. There are composite and plastic components presently being made outside the US because it has been cheaper [to do so]. In the future the US will be in a far stronger position to be a supplier to the auto industry.

Stepping back from the issue of oil prices and fracking, it is easy to see how the market reacts to higher prices. Human action will try to take advantage of the situation by building more supply. By building more supply, the price of the commodity so dearly sought will come down, making it more affordable for everyone. The resultant lower prices raises the standard of living for everyone, even those not directly related to the oil or energy industry. It’s how the market works. It’s how it always works. It’s comforting to see it working now, even in the face of government attempts to impede or stall or otherwise delay or derail it.

Auto Industry China Economy Energy Fracking France Free Market Great Recession Libya North Dakota Oil Prices Recession Regulations Wall Street
This entry was posted on Friday, April 20th, 2012 at 11:54 am and is filed under Economics. You can follow any responses to this entry through the RSS 2.0 feed. Both comments and pings are currently closed.
Many of the articles on Light from the Right first appeared on either The New American or the McAlvany Intelligence Advisor.