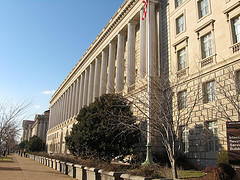 A coalition of Tea Party groups has decided that the Internal Revenue Service (IRS) is making it too difficult for start-up Tea Party groups to qualify for tax exempt status and so is creating one to fight back. The group is complaining about IRS requests for thousands of pages of documentation required to obtain or to keep their exempt status under Section 501(c)4 of the Internal Revenue Code. Eric Wilson, director of Kentucky’s 9/12 Project accused the IRS of “targeting local Tea Party, liberty groups and ordinary citizens” with an 88-question IRS questionnaire and demands that it be completed and returned within two weeks.

They’re trying to bury us in time, trying to bury us in paperwork, and they are making us use up resources we don’t have, especially small local organizations and small groups. And they’re doing this during a critical election year. This is not by accident. This is coordinated and this is targeted.

Toby Walker, president of the Waco, Texas, Tea Party, said the IRS demanded every Facebook, Twitter and social media post that was sent out by her group over the last two-and-a-half years, along with transcripts of every one of the group’s radio shows. The requests for such detailed and extension information is overwhelming the small staffs of many of the groups which often have fewer than 50 members and a very small part-time staff.

The benefits of obtaining tax exempt status for these groups apparently outweighed potential concerns that the IRS would grow fangs and seek blood. Under the applicable code, 501(c)4 groups may engage in political activity and enjoy tax exemptions on purchases and other activities, but contributions from donors are not tax deductible nor are lists of donors required to be made public. But such exemption requires following the IRS’ rules which, as these organizations are now learning, are changeable. Returns must be filed in a timely fashion even though no tax is due, and failure to file on a timely basis opens the groups up to the possibility of substantial penalties and fines. Their records must be open to public inspection and they are subject to continuous IRS monitoring for compliance.

Charges that these requirements are politically motivated were naturally denied. IRS Commissioner Douglas Shulman said it was just part of the IRS’ “usual examination process” and they were not deliberately targeting Tea Party groups.

When LewRockwell.com (LRC) began operations it was a part of the Center for Libertarian Studies (CLS) and so had to follow the rules under a different part of the code, 501(c)3, which allows tax deductible contributions but absolutely forbids any political activity whatsoever. According the language of that part of the Code:

All section 501(c)(3) organizations are absolutely prohibited from directly or indirectly participating in, or intervening in, any political campaign on behalf of (or in opposition to) any candidate for elective public office. Contributions to political campaign funds or public statements of position (verbal or written) made on behalf of the organization in favor of or in opposition to any candidate for public office clearly violate the prohibition against political campaign activity. Violating this prohibition may result in denial or revocation of tax-exempt status and the imposition of certain excise taxes.

As public attention began to focus more and more on Ron Paul, a good friend of both Rockwell and the website’s publisher, Barton Blumert, they had a problem. LRC’s attorney said that they were publishing too many articles favorable to Paul and told them that “you guys cannot be involved with political campaigns in any way, shape or form.” When Blumert explained that they were just performing a valuable and needed public service (as witnessed by the growing popularity of the website, now ranked number one by Capital Free Press among libertarian websites by traffic), the lawyer just laughed and said, in effect, “tell it to the judge.” And so Rockwell and Blumert separated from CLS on June 30, 2007. But they decided to play the IRS’s game by requesting status as a 501(c)4 group just like the Tea Partiers.

The transition was costly. They spent $15,000 in legal fees getting new approval from the IRS and lost many supporters who no longer could deduct their contributions from their taxes. For a while it was touch and go, with Blumert going hat in hand online with requests for financial support. As Blumert noted in one of his solicitations,

LewRockwell.com could have stood aside. We could have kept our tax-exempt status. But Lew and I felt that would be deeply wrong. So we threw ourselves into the fight and neither of us regrets a minute of it.

Perhaps Toby Walker and Eric Wilson need to ask themselves: why get involved with the IRS in the first place? Is the exemption from taxes so terribly important as to overcome the distaste of sleeping with the enemy? They should remember that there’s always a “quid pro quo” especially when dealing with the IRS. If Walker and Wilson are so committed to the freedom fight, how can they conclude that collusion with the enemy is going to helpful in that fight?

Freedom IRS Libertarian Liberty Ron Paul Taxes Tea Party Twitter
This entry was posted on Friday, April 13th, 2012 at 11:42 am and is filed under Economics, Politics. You can follow any responses to this entry through the RSS 2.0 feed. Both comments and pings are currently closed.
Many of the articles on Light from the Right first appeared on either The New American or the McAlvany Intelligence Advisor.