Following the exposure of NBC’s edited conversation between George Zimmerman and a police dispatcher prior to the shooting of Trayvon Martin, NBC announced its investigation into the matter. NBC told the Washington Post on Saturday, “We have launched an internal investigation into the editorial process surrounding this particular story.”

On March 17 NBC anchor Ron Allen ran a segment on the Today show that included an edited version of Zimmerman’s conversation just prior to the shooting of Martin:

Zimmerman: This guy looks like he’s up to no good…. He looks black.

Dispatcher: Did you see what he was wearing?

On Thursday Sean Hannity interviewed Brent Bozell from the Media Research Center on his Fox News Media Mash and played the edited and the original unedited versions of the conversation. Here is the unedited version:

Zimmerman: This guy looks like he’s up to no good. Or he’s on drugs or something. It’s raining and he’s just walking around, looking about.

Dispatcher: OK, and this guy—is he black, white or Hispanic?

After playing both segments, Hannity asked Bozell for his comments:

Hannity: What about NBC News?

Members of the mainstream media appeared to be caught in the middle, trying to justify the alteration but wanting to distance themselves from NBC. For instance, Erik Wemple, writing for the Washington Post, called NBC’s editing “ham-handed” instead of deliberate manipulation but admitted that the edited comments painted “a sequence of events that would more readily paint Zimmerman as a racial profiler,” rather than him simply answering a dispatcher’s question.

Another mainstream media apologist, Doug Mataconis, wrote in his Outside the Beltway blog, “I don’t ordinarily buy into ‘media bias’ arguments from either side of the political playing field, but this strikes me as irresponsible journalism.” He added,

There is almost no way you can put this in the “innocent mistake” category. Somewhere in the offices of 30 Rockefeller Plaza, where the Today Show is produced, a decision was made by a producer and reporter to alter the 911 tape in a way that both completely removed the context in which Zimmerman speaks and made it appear that he was making a remark that tended to suggest he may have been acting out of racist motives.

In any potential Federal case against him this would be the central point that the prosecution would be required to prove in the case against him. So, in essence, they were falsely accusing him of having committed a Federal crime when, at the moment, there isn’t any real evidence that he did so. I’m no real fan of Bozell or the Media Research Center, but I have to wonder if NBC would be launching this investigation if his group had not brought this egregious violation of journalistic standards to light. Somehow, I cannot say that I believe that they would have….

What NBC did was egregious, and one would hope that the persons responsible will be disciplined appropriately, but in the end it’s not any different from what the rest of the media is doing in this case. 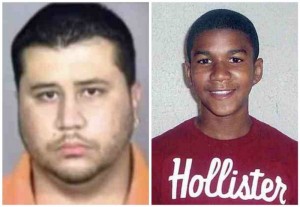 Just what else is the media doing in this case? The same mainstream media that has already drawn and quartered Zimmerman for allegedly murdering an innocent teenager also engaged in “picture alteration” to generate sympathy for the innocent victim and outrage against the alleged perpetrator. To its credit, US News exposed that disingenuous behavior:

When he was shot, Trayvon Martin was not the baby-faced boy in the photo that has been on front pages across the country. And George Zimmerman wasn’t the beefy-looking figure in the widely published mugshot.

Both photos are a few years old and [are] no longer entirely accurate. Yet they may have helped shape initial public perception of the deadly shooting.

Kenny Irby, who teaches visual journalism at Poynter Institute, pointed out the obvious: “When you have such a lopsided visual comparison, it just stands to reason that people would rush to judgment.” The photo of Martin was taken when he was perhaps 13 or 14 years old but Martin was 17 when he was shot. And Zimmerman’s mug shot, taken six years ago following a charge of assault which was later thrown out, doesn’t reflect the man who, at age 28, is at least 3 and as much as 6 inches shorter than Martin.

Betsi Grabe, a professor at Indiana University who has studied the impact of initial visual impressions on public opinion, said that photos that “gain the most traction” are those that play into the emotions of the journalists writing the story and the citizens reading it. Regarding the old photos used by the media in its constant hashing and rehashing of the story, Grabe said, “At the center of most stories we tell in our society…is the struggle between good and evil. If the ingredients are there, that is what the journalists will grab onto and present.” 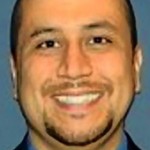 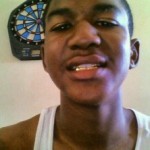 So it is natural, according to Grabe, for them to present the most innocent-looking picture of the alleged victim and the most menacing one of the alleged perpetrator. More current photos, available here, show Martin in a sleeveless t-shirt and sporting a “grill”—a piece of dental hardware that mimics the gold teeth associated with rappers—while Zimmerman is wearing a coat and tie and a smile.

Another associate at Poynter, Kenny Irby, concluded that the selection of those photos was also just as deliberate as NBC’s manipulation of Zimmerman’s conversation: “The images used are clearly prejudicial to both men. If those are the repeating images, then we continually reinforce prejudice and negative emotions.”

Analysts have noted that the mainstream media have an agenda that has nothing to do with objective journalism. The Zimmerman/Martin case proved it. NBC got caught.

Crime Mainstream Media Media Bias
This entry was posted on Wednesday, April 4th, 2012 at 4:55 am and is filed under Constitution. You can follow any responses to this entry through the RSS 2.0 feed. You can leave a response, or trackback from your own site.
Many of the articles on Light from the Right first appeared on either The New American or the McAlvany Intelligence Advisor.